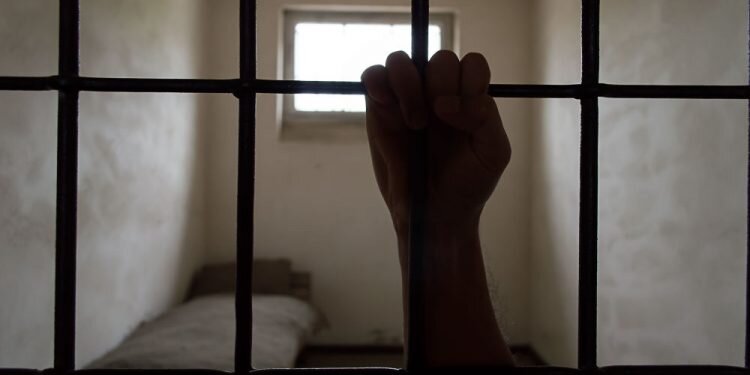 Increased physical and mental pressure on prisoners compelled two inmates in the prisons of Urmia and Qezelhessar in Karaj to take their own lives.

Sunday, April 19, 2020, inmate Majid Keshvari committed suicide in Qezelhesar Prison, in Karaj, west of Tehran. Mr. Keshvari took his own life after he heard that prison guards were going to take him for a second time to the “close-door ward.”

He had previously been confined in the “closed-door ward” for five days in the final days of March. Majid Keshvari suffered from neural disorders due to extreme pressure imposed on him in prison and various psychological and physical torture.

Mr. Keshvari’s family say he had been taken to the “closed-door ward” after the prison was placed on high alert in light of riots which erupted in various prisons in Iran. He was brought out of the ward after five days. In a call to his family, he spoke of the great pressure and torture he had experienced during this period, and of the dire prison conditions.

On April 19, he heard he was supposed to be taken to the closed-door ward for another 9 days. This is when he committed suicide by taking some pills.

Majid Keshvari was among the 12 prisoners accused of inciting a riot in Qezelhessar Prison in 2010. He spent two years in Raj’i Shahr Prison and was returned to Qezelhessar in June 2013.

Another prisoner in the Central Prison of Urmia set himself alight after going through tremendous pressure and torture in prison.

One of the inmates by the name of Davoud Ghassemzadeh who suffered from an injured spinal cord set himself on fire on Wednesday, April 17, 2020 after being beaten up by prison guards and because of a new case opened for him. When the fire alarms went off, special guards’ forces entered the ward.

Mr. Ghassemzadeh is presently on hunger strike despite his critical conditions due to burns.

Mr. Ghassemzadeh and his brother, Baha’eddin, have been set up and accused of smuggling opium into prison while none of them have ever used narcotic drugs. A Kurdish Human Rights website reported that in a pre-meditated plot against Mr. Ghassemzadeh, Mehrali Farhang, the manager of the Central Prison of Urmia, collaborated with the prison’s warden, recruiting a prison nurse to claim that she had brought the opium for the two brothers.

Both brothers from the city of Salmas are on the death row. After Farhang carried out his scheme, they were taken to the Safe Ward where Davoud set himself alight. Despite his dire physical conditions, he has gone on hunger strike since Wednesday.

Baha’eddin Ghassemzadeh and Davoud Ghassemzadeh have been incarcerated in the Central Prison of Urmia for 11 years on charges of deliberate murder.