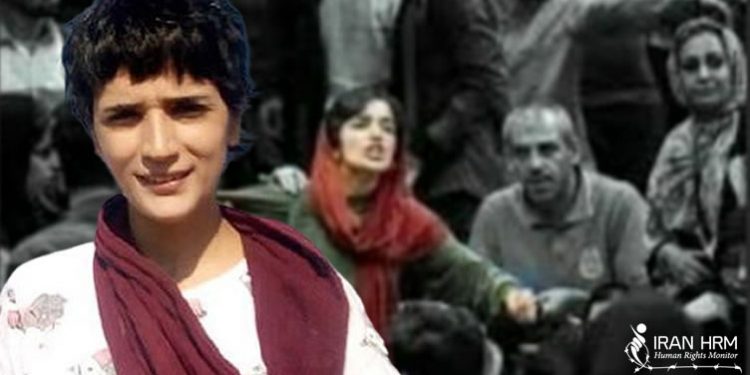 Leila Hosseinzadeh, a student activist and former political prisoner, was violently arrested again by the security forces in Tehran and taken to an unknown place.

After some time, she was transferred from Ward 209 of Evin prison to the detention center of Shiraz Intelligence Department, known as No. 100.

More than 15 days after her arrest, she remains in the detention center of the Shiraz Intelligence Department.

Ms. Hosseinzadeh has not had any contact with her family during this period, which has worried her family more than ever.

Leila Hosseinzadeh suffers from an autoimmune disease. Because of this incurable disease, she was recognized as “unfit to tolerate punishment” and was subsequently released from prison.

Leila Hosseinzadeh’s lawyer, Amir Raisian, addressed the ambiguities over his client’s arrest by posting a note on his social media account.

Having pursued the matter through the Evin Prosecutor’s Office, Mr. Raisian said his client had been arrested on the orders of the Prosecutor’s Office of Shiraz. He noted that the officials cited her client’s recent actions as the reason for the arrest.

Leila Hosseinzadeh’s lawyer believes that regardless of the validity of the official claims, the civil activities of his client, who resides in Tehran, have nothing to do with the jurisdiction of Shiraz. After all, the Revolutionary Court of Shiraz had already changed his client’s arrest order and released her on bail.

Mr. Raisian said Ms. Hosseinzadeh’s arrest was illegal. If they wanted to carry out the order, there was no reason to search her residence.”

Leila Hosseinzadeh was arrested on December 7, 2021, during her visit to Shiraz. She was temporarily released after 26 days of interrogation and imprisonment in Evin and Adelabad prisons in Shiraz.

Hosseinzadeh was summoned again on January 8, 2022, to the Evin Courthouse to serve her time in prison.

This student activist was sentenced to 30 months in March 2017 for “gathering and colluding against national security” and one year in prison for “propaganda against the state.”