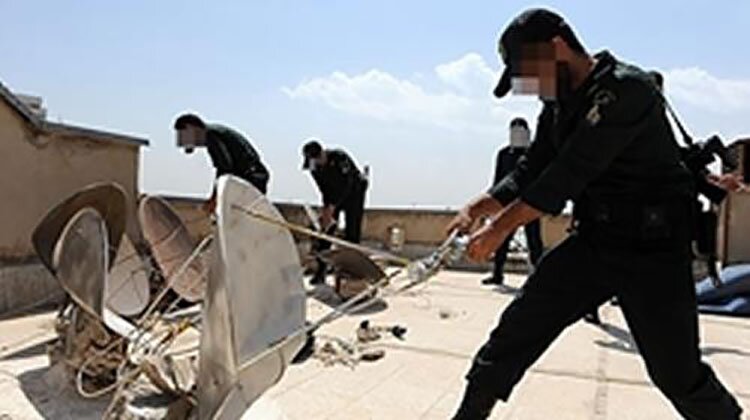 Iranian authorities have seized 600 satellite dishes and receivers, based on a warrant issued by the so-called prosecutor of Pakdasht, southeast of Iran. Four individuals have also been detained in this regard.

These measures are being taken while access to satellite TV channels should be available on a non-discriminatory basis.

According to the law passed by the regime’s parliament on February 15, 1995, the “’entry, distribution and use of satellite reception equipment’ is prohibited and ‘the Interior Ministry is obliged to coordinate with the Ministry of Intelligence” to prevent the entry and distribution of these equipment with all possible means, and by ‘using police or Basij forces to act to collect these equipment as soon as possible.”