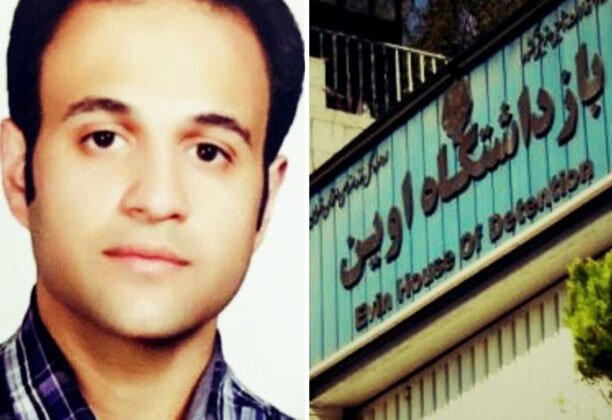 A prisoner suffering from lung and lymphoma cancer is being denied medical furlough despite medics ordered to release him, according to a source close to the prisoner.
In addition to the above, he recently suffers from a disease which is not accurately diagnosed, most likely being epilepsy, as a result of dire prison conditions and lack of access to accurate treatment, the source added.
Alireza Golipour, 31, is a telecommunications graduate and a Ministry of Communications and Information Technology employee. Arrested in October 2012, he had been held for three years without access to legal representation.
He was first trialed on July 12, 2015. The next trial session was scheduled to be held last November, only to be delayed afterwards.
The trial was subsequently held on April 4th.
Golipour was sentenced to 39 years and 9 months behind bars, and 190 lashes.
“He underwent a surgery twice to remove his tumor and the prison authorities denied him chemotherapy. He seriously suffers from lung cancer and takes medicine. He also suffers from a heart failure which has worsened as a result of recent torture,” according to Golipour’s lawyer Mrs. Azita Gharebigloo.
Alireza Golipour is currently held in notorious ward 7 of Tehran’s Evin Prison, with eight halls where ordinary prisoners are jailed. Thirty inmates with HIV are among them.
Dozens of political prisoners are held alongside prisoners addicted to drugs while serving their long term sentences.