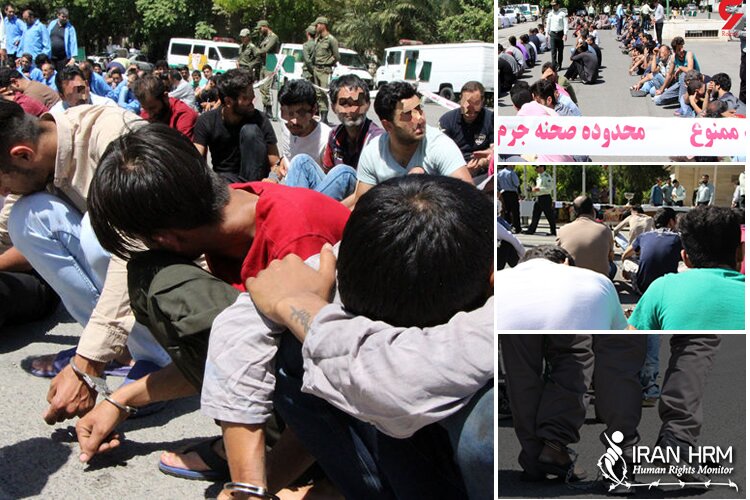 Tehran’s state Security Forces last night, August 27, 2017, lunched a raid at some of the neighborhoods of the capital, rounding up 101 men allegedly accused of theft, according to the state-run ROKNA news agency.
Attempting to crush their personalities, the state media has widely distributed their photos, before being tried, showing the 101 men forced to sit in the streets.

Iran: Young man was executed in Gohardash Prison of Karaj

Iran: Wave of arrests of Sunni Muslims on the eve of Eid Al-Adha 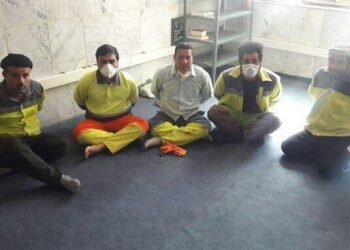