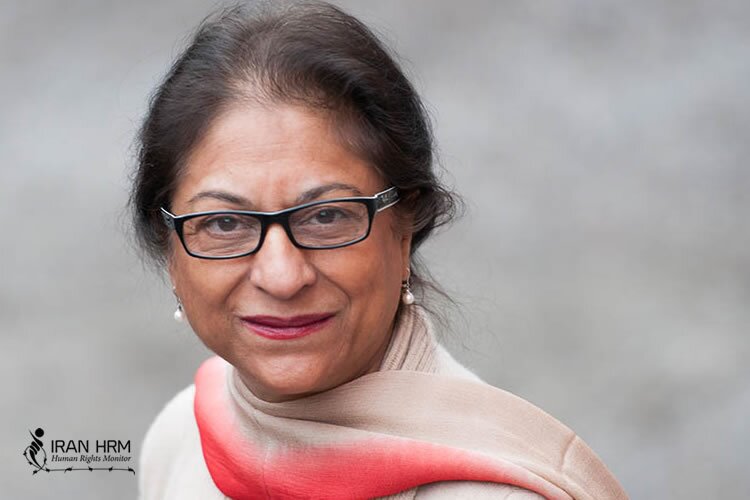 By AFP
September 1, 2017, 1:07 am
GENEVA — A United Nations rights expert voiced concern Thursday at the situation of prisoners who have been on hunger strike for weeks in Iran to protest their treatment.
Asma Jahangir, the UN Special Rapporteur on the human rights situation in Iran, said she was “deeply alarmed by reports about the deteriorating medical conditions of the prisoners on hunger strike.”

She also said she was worried by reports that “their torture and ill-treatment have continued since their transfer.”

On July 30, 53 political prisoners, including rights activists, journalists and members of the persecuted Baha’i community, were violently transferred to a new maximum security wing at the Rajai-Shahr prison in Karaj, west of Tehran, according to Amnesty International.

More than a dozen of them have since been on hunger strike to protest the transfer and their conditions in detention, the group said in a statement last week.

Jahangir’s statement said the prisoners had been transferred “without prior notice and without being informed of the reasons for their transfer.”

They were not allowed to bring any personal belongings, including medicine and food they had purchased, the statement said, also pointing to lacking hygiene products and medical care in the new facilities.

Amnesty meanwhile described the conditions in the new area as “suffocating.”

“They are held in cells with windows covered by metal sheets, and deprived of access to clean drinking water, food and sufficient beds,” the group said.

The prisoners have also been barred from having in-person family visits and denied access to telephones, it added.

“I urge the government of Iran to look for a prompt solution to the extreme situation created by the hunger strike,” she said, calling for “good faith dialogue about the grievances and underlying human rights violations.”