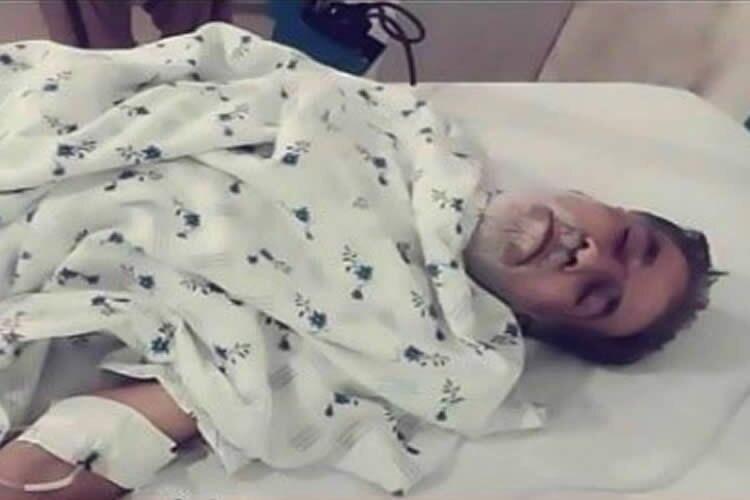 Political prisoner Mohammad Nazari, who has been imprisoned for 24 years, has been on hunger strike for more than 81 days. According to prison physicians, his condition is critical and he is in serious danger and could go into a coma at any moment.
Nazari wrote a letter from prison on October 18. This letter reads in part:
“I am the loneliest prisoner in this city! Despite 81 days of hunger strike, no one has listened and helped me in this city…
My name is Mohammad Nazari, and I have been behind bars in Mahabad Prison, Orumieh Prison and currently in Rajaie Shahr Prison for 24 years… My parents and brother have all passed away in Bukan and I have no one expect you, the people.
I have been on hunger strike for 81 days. A hunger strike for a very simple request.
I want neither liberty nor a leave; I want the law to be enforced. According to the law, I should have been released four and a half years ago. But the invisible hands of power and security have prevented the implementation of this law. Now, after 24 years in prison, while I am completely alone and left with nothing, I have no choice but to go on hunger strike…
Help me; help me so that my voice would be heard because now death is my only option to free myself from the torment of prison and my hunger strike.
Help me reach my legal right to freedom that they have deprived me of. Anything other than my release, and I will continue my strike until I too pass away and I am buried in Bukan cemetery where my family is.
Mohammad Nazari
Wednesday, October 18
Rajaie Shahr Prison “.
Political prisoner Mohammad Nazari was arrested in the city of Bukan in 1994 and has not received a leave for the past 24 years. He was not even allowed to participate in his mother’s funeral.