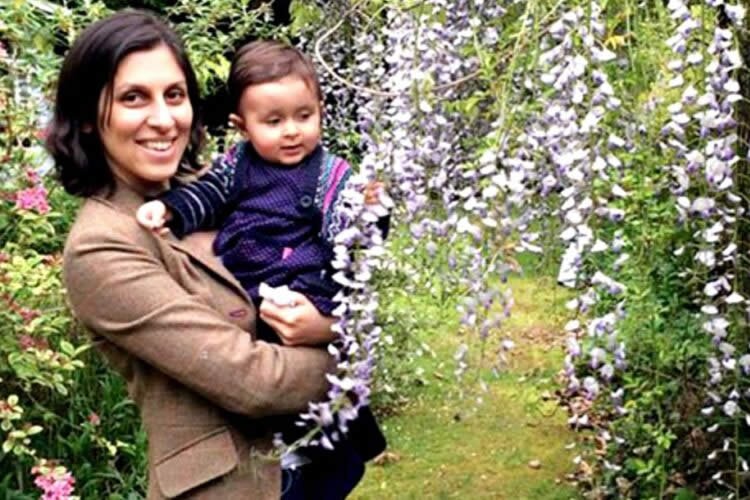 Boris Johnson, the UK’s Foreign Secretary, has finally condemned the false imprisonment of British aid worker Nazanin Zaghari-Ratcliffe by the Iranian Regime and has offered to visit her in the notorious Evin Prison where she is being held.
Johnson has been widely criticised for his failure to speak out against her imprisonment since her initial arrest by Iran’s Revolutionary Guard in 2016, whilst taking her baby daughter, Gabriella, to visit relatives for Iranian New Year.
Speaking before the Foreign Affairs Select Committee, Johnson called Zaghari-Ratcliffe’s espionage conviction a “mockery of justice” and attacked her treatment at the hands of the Iranian authorities, stating that there were humanitarian grounds for her immediate release.
He said: “[Neither] Zaghari-Ratcliffe, nor her family, has been informed about what crime she has actually committed. And that I find extraordinary, incredible.”
One of the MPs noted that she had been told that Zaghari-Ratcliffe was now allowed to receive a visit from a member of the British Government and asked if Johnson would go, to which he replied that he would.
This news was welcomed by Zaghari-Ratcliffe’s husband Richard Ratcliffe, who has not seen his wife or daughter in 18 months, and by Amnesty International.
Ratcliffe said: “I warmly welcome the Foreign Secretary’s condemnation of Nazanin’s treatment by the Iranian authorities to date. He is right – her case is a mockery of justice, and an abuse of Iranian and international law. I thank him for his offer to visit Nazanin and check that she is OK.”
While Kate Allen, Amnesty International UK’s Director, made it clear that in light of new fabricated charges against Zaghari-Ratcliffe, which could increase her sentence by another 16 years, Johnson’s intervention couldn’t be more important.
She said: “We would urge Mr Johnson to visit Ms Zaghari-Ratcliffe in prison as soon as it can be arranged. Even more importantly, the UK Government should use all its influence to see that she’s released as soon as possible and allowed to travel back to the UK with her daughter Gabriella.”
Previously, Johnson has spoken against public campaigns for freedom of UK nationals held in the Middle East as it can play into the hands of Britain’s enemies.
Earlier this week, Ratcliffe called on Johnson to speak out about his wife’s unjust imprisonment.
He said: “It is time for Foreign Secretary Boris Johnson to stand up and say: “This is unacceptable. No British citizen should be subjected to this level of abuse.”
Zaghari-Ratcliffe was working for the Thomson Reuters Foundation when she was arrested, which Iran claimed was a front for the soft overthrow of the Regime. This allegation has been strongly denied by the organisation, Zaghari-Ratcliffe, and her relatives.