Iran: An open letter reacting to the situation of Mohammad Nazari, a political prisoner 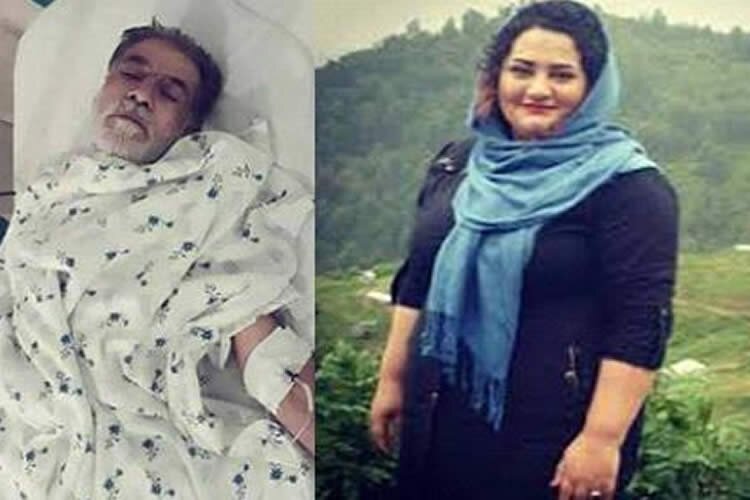 IRAN, Atena Daemi, a female political and civil rights activist incarcerated in Evin prison, wrote an open letter reacting to the situation of Mohammad Nazari, a political prisoner detained in Rajai Shahr (Gohardasht) prison in Karaj who experienced a prolonged hunger strike in recent months.
Ms. Daemi considers freedom to be the right of this prisoner who has been deprived of his freedom for the past 24 years.
She urged all conscientious minds to pay more attention to the “situation of the political prisoners and prisoners of conscience in Iran who have been locked behind bars in silence and injustice for many years,” asking them to make every effort to release them.

Parts of this letter read:

Mohammad Nazari is one of the prisoners who has been the victim of gross violations of domestic and international law.
He has been in prison for 24 years. Of course, it is truer to say a dungeon instead of a prison! He is imprisoned on the charges of Moharebeh (waging war against God!).
Mohammad Nazari and many other prisoners including myself are suffering from injustice and tolerating a completely unlawful and inhumane situation, while they do not even have the chance to have a family; a family that continues to pursue our case despite security and threats and file making. But imagine for a moment, imagine those who have been imprisoned in silence for 24 years, such as Mohammad Nazari.
He has just grasped his only weapon, his life, demanding his own freedom; demanding justice and enforcement of the very law written by them!
Now, the complications of 3-month hunger strike on his body can be like all the hardships of these 24 years imprisonment.
We must be his voice.
We must not leave Mohammad Nazari and people like him alone.
As human rights activist and political prisoner, I ask the noble people of Iran, human rights activists, political and civil activists inside and outside Iran and the intellectual strata of the society to pay more attention to the situation of Mohammad Nazari and other prisoners such as Zeinab Jalalian, Zanyar and Loghman Moradi, Saeed Massouri, Maryam Akbari Monfared, and Mohsen and Ahmad Daneshpour whose rights like Mr. Mohammad Nazari have been violated by the law of Moharebeh, as well as all the political prisoners and prisoners of conscience who have been incarcerated in silence and injustice for many years. I ask you to try your best in order to free them and be aware that silence against crimes is a betrayal of humanity.
Atena (Fatemeh) Daemi
Human Rights activist
Women’s ward, Evin prison,
November 2017

Video: Quake-hit boy in Iran insists on feeding his friend