Video: Quake-hit boy in Iran insists on feeding his friend 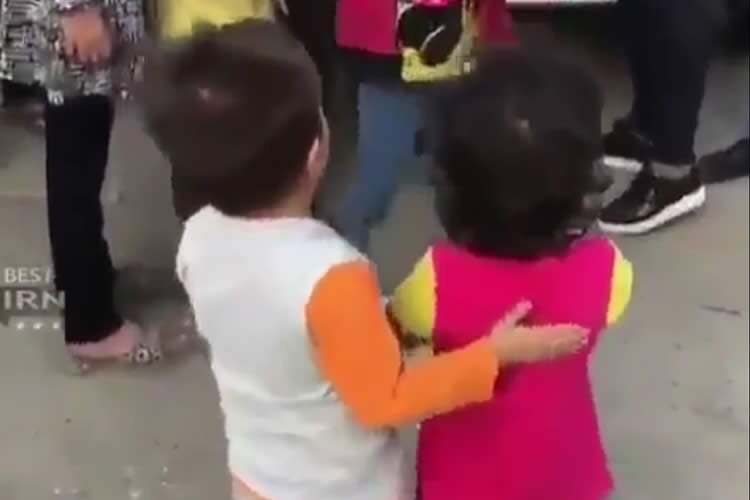 Al Arabiya, 16 November 2017 – A video of a five-year-old boy — accompanied by his little friend, receiving aid from Iranian donors in the areas devastated by the disastrous earthquake of last Sunday — has started trending on social media.
The child in the video appears heading for a truck distributing food by some young courageous Iranians who have decided to take the matter in their own hands and distribute food among the needy earthquake victims while holding his friend’s hand. When someone asks him if he has come alone to receive food, the child innocently answers that he had come with his friend because she had not received food.
The earthquake that hit the Iran-Iraq border was catastrophic in its impact, claiming more than 1,000 lives according to an MP from the earthquake devasted area and leaving behind more than 8,000 injured in Iran alone. The western province of Kermanshah is said to have faced the brunt of the natural disaster.
The US Geological Survey announced that a 7.3-magnitude earthquake struck the western regions of Iran and northeastern Iraq at 18:18 GMT on Sunday evening. The epicentre was said to be 32 kilometers south-west of the city of Halabja at a depth of 33.9 km.

Iran: An open letter reacting to the situation of Mohammad Nazari, a political prisoner