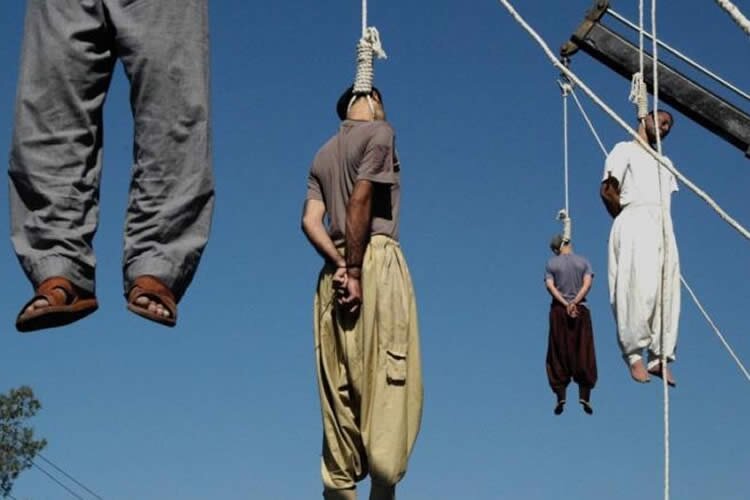 As the world marks International Human Rights Day, Iran is continuing its execution spree with executing seven inmates across the country.

Five inmates were hanged today, December 11 on murder charges in Dizel Abad Prison of Kermanshah, in western Iran. Only one of the victims has been identified as Kavous Ashouri. There is no news available on the identities of the other four.

According to the state-run Fars news agency another inmate who was identified only by his initials as A.P. was hanged today, in Sari Prison, north of Iran. He was also found guilty of murder.

In yet another case on the morning of Sunday December 10, a 35-year-old inmate identified as Sayad Ahadi was hanged for murder charges in Ardabil Central Prison. Having been on death row since four years ago, Sayad Ahadi was transferred to solitary confinement in preparation for his execution on December 9.

Iran coal miners exploited in the most brutal way possible