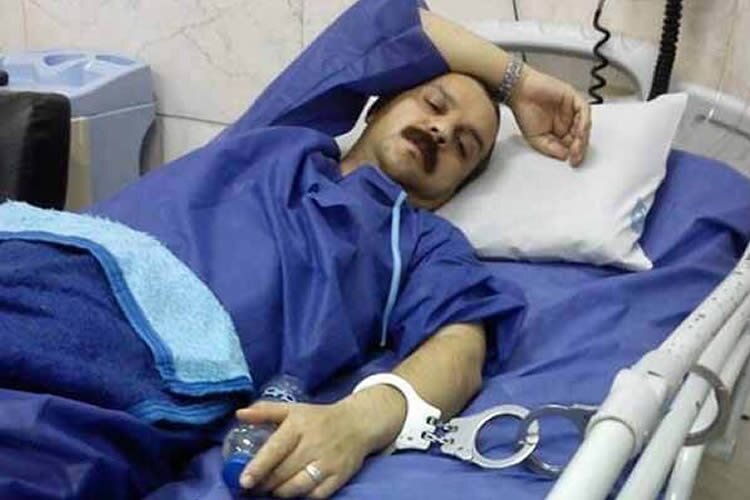 The Syndicate of Workers of Tehran and Suburbs Bus Company (SWTSBC), of which Shahabi is a member, said that Shahabi told his family of his condition during a December 13, 2017 prison visit. He said he had seen the prison doctor after symptoms that included “drooping on the left side of his face.” Shahabi told his family that the doctor told him that he had probably had a mini-stroke, but that the doctor had not conducted any further medical examinations or follow-up.

Shahabi’s union said that medical experts who had examined Shahabi before had determined that Shahahi should not continue to serve his prison sentence due to his medical condition.

Since 2005, authorities have repeatedly harassed, summoned, arrested, and sentenced workers who are affiliated with independent trade unions in Iran.

Authorities first arrested Shahabi, 45, for his activities as a member of the SWTSBC on June 12, 2010. Branch 15 of Tehran’s revolutionary court sentenced him to six years in prison and deprived him of “social rights” such as holding a public office or working in any governmental organizations, for five more years on charges of “conspiracy and collusion to act against national security” and “propaganda against the state.”

In May 2014, authorities released Shahabi on medical furlough, with the promise that he would not need to return to prison, Center for Human Rights in Iran reported. After being released from prison, Shahabi, who had been fired from his job, began working at a small mini-market with his wife.

On August 7, 2017, Shahabi returned to prison to serve the remainder of his prison sentence after receiving several warnings from the judiciary that he would lose his bail if he refused to go back.

Over the past year, authorities have sent back to prison several prominent trade unionists sentenced for peaceful activities but then later released on bail. They include Ismael Abdi, the Teachers’ Union secretary general, on June 7, and Mahmoud Beheshti Langeroudi, the Teachers’ Union’s spokesperson, on September 13.

Human Rights Watch, United Nations Experts, and other human rights organizations have documented numerous occasions on which authorities deprived prisoners in Iran of needed care. In August, several prisoners charged with vaguely defined national security charges, including Shahabi, embarked on a hunger strike in Rajai Shahr prison to protest the conditions of their detention, including a lack of access to medical care.

International and Iranian law require prison authorities to provide adequate medical care. Iran’s state prison organization regulations state that, if necessary, detainees must be transferred to a hospital outside the prison facility. The UN Standard Minimum Rules for the Treatment of Prisoners require authorities to transfer all those held needing specialist medical treatment to specialized institutions, including civilian hospitals