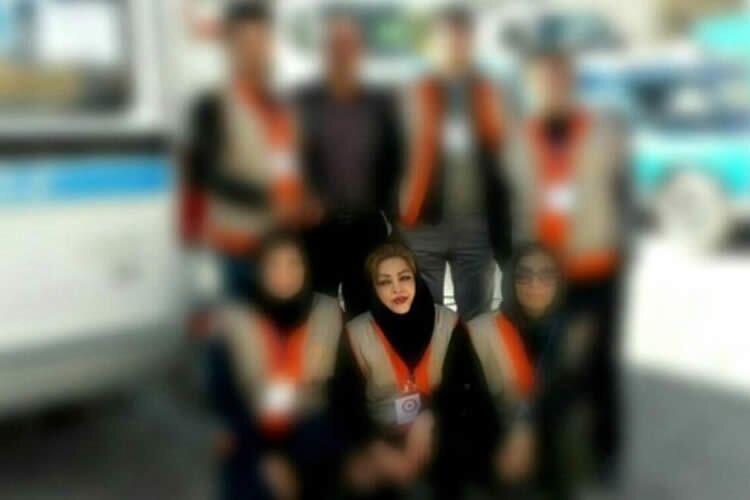 On Friday, December 15, a Kurdish woman activist, Roghiye Saeedi, committed suicide and died after two days in hospital. Mental pressure and poverty were the reasons for her suicide. According to a close acquaintance of Roghiye Saeedi, she was a medic and aid worker who was one of the first on the scene to help earthquake victims in Kermanshah, and the poor condition of the earthquake stricken people left a negative effect on her mental state.

The magnitude 7.3 earthquake which has been the deadliest quake in the world this year, shook western Iran on Sunday November 12.

Instead of providing urgent relief to the victims, the clerical regime dispatched anti-riot forces and imposed a martial law in Sarpol-e Zahab, the epicenter of the earthquake.

In light previous experiences, people acted independently and rushed to the aid of the victims from all across the country. In many cases, however, the regime’s revolutionary guards and security forces prevented stopped the public’s aid, confiscated the trucks and took possession of the donations and goods under the excuse that it should be distributed through government agencies. Eyewitnesses reported that State Security forces and government agencies stole a considerable part of public’s aid.

The State Security Force arrested eight people for disclosing the situation of affected areas in western Iran and the regime’s inaction to assist the victims and provide relief.

Other reports indicated that Arzhang Zargoush, a journalist from a provincial weekly, was arrested by intelligence agents on 23 November 2017 for publishing a video clip on the state of affairs in Kermanshah Province after the earthquake and the authorities’ failure to provide relief to the village of Gavmish-Cheran (Buffalo Cowboy), a suburb of Gilan-e Gharb.

In the video, the journalist is heard as saying, “The authorities do not provide any services to the people. They are traitors and people want them to be overthrown.”

Iran: Another Women sentenced to death for adultery in Tehran

230 detained at 2 mixed-gender parties in Tehran