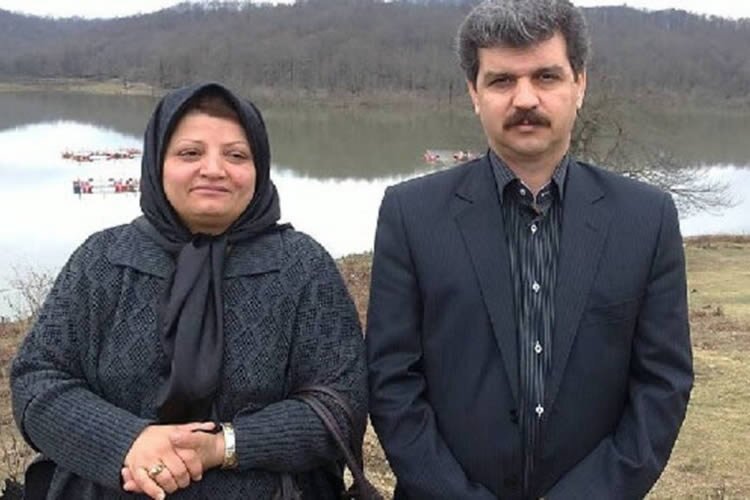 Robabeh Rezaii, Reza Shahabi’s wife, was arrested today, December 26, 2017, along with more than 20 civil and labor activists and students during a protest rally held in front of the Ministry of Labor.

Robabeh Rezaii had previously issued a call for this rally protesting the condition of her husband, Reza Shahabi who recently survived a second stroke in prison.

In the gathering in front of the Ministry of Labor, Robabeh Rezaii was accompanied by drivers of the Bus Company, students, and a number of labor activists.

Imprisoned trade unionist Reza Shahabi, has been denied medical access in a hospital outside the prison, despite suffering a second stroke, according to a statement by the Union of Workers of the Tehran and Suburbs Bus Company (UWTSBC) published on December 14, 2017.

Reza Shahabi, was arrested in 2010 and sentenced to six years in prison. He went on furlough for medical treatment and surgery after four years of imprisonment. However, upon termination of his prison term, the Iran’s judiciary announced that five months of his leave was a non-stay and considered as “absence” and he must go back to prison.

Iran: More than 1,000 drug addicts were arrested in one day