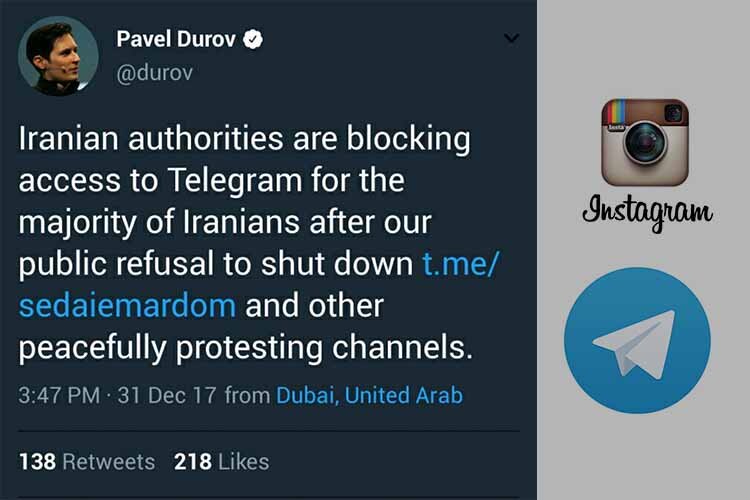 Tehran residents also reported that internet connections in the capital has been downed by the authorities.

Pavel Durov, the founder of the Telegram Messenger tweeted today: “Iranian authorities are blocking access to Telegram for the majority of Iranians after out public refusal to shut down t.me/sedaiemardom and other peacefully protesting channels.”

To prevent spreading peaceful protests across the country, some Iranian officials also called for censorship of the Internet.

“The enemy wants once again to create a new plot and use social media and economic issues to foment a new sedition,” Ayatollah Mohsen Araki, a prominent cleric, told a crowd in Tehran, according to the state-run Fars news agency.