Iranian protests get bloody, at least 10 shot dead on the 4th day 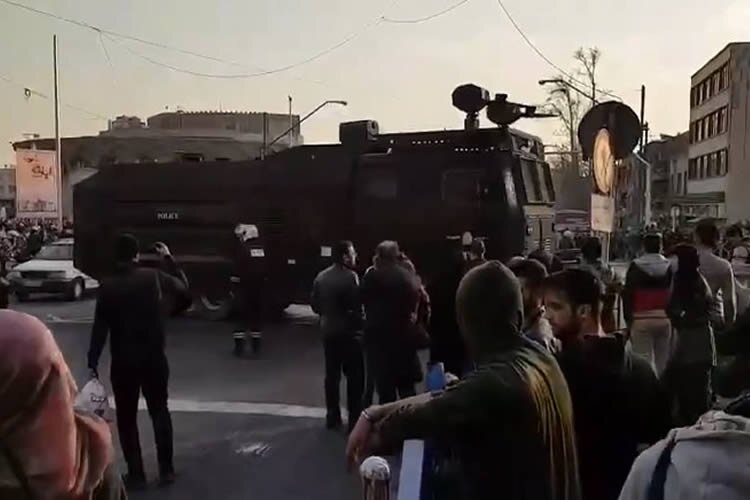 Sunday’s Iranian protests got bloody as the State Security Force opened fire on protesters, killing at least seven and leaving dozens wounded on the fourth day of ongoing demonstrations originally prompted by anger over rising prices and a stagnant economy.

“In the events of last night, unfortunately, a total of about 10 people were killed in several cities,” state television said on Monday. It gave no further details of the deaths but the posted videos appeared to show the SSF, firing gunshots and tear gas.

At least two people were reportedly shot dead during clashes between protesters and repressive forces on Sunday, December 31, 2017, in Izeh, in southwestern Khuzestan Province. In social media videos from the city, ambulance siren and gunshot sounds can be heard.

In Shahin Shahr of Isfahan, three people were killed by the State Security Force. Eyewitnesses say that several bodies were carried away after clashes with the SSF in the city.

A protester is shot dead in Tuyserkan, in Hamedan, western Iran. A number of protesters were also injured during the largest protests seen in the country since 2009 continued for a fourth day.

Two protesters were also shot dead by the State Security Force in Doroud, Lorestan Province western Iran, on the third day of nationwide uprising. The victims are identified as Hamzeh Lashani and Mehdi Kohzadi.

Iranian intelligence transferred the bodies of those killed last night to Khorramabad. They banned the families of any protest, going public or holding a ceremony for their loved ones.