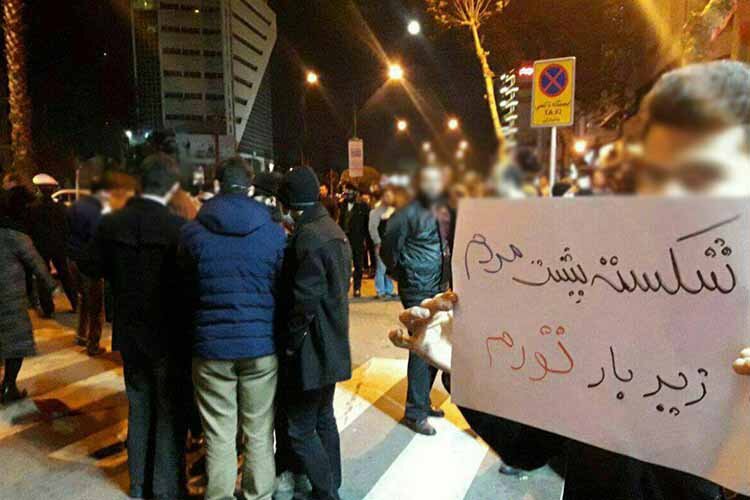 The Ministry of Intelligence issued a statement on January 1, 2018, on the recent nationwide protests, asking people to identify the protesters. The statement which is published by the state-run Fars news agency reads in part:

“Thanks to intelligence measures, a number of elements and dissident rioters and the instigators of the unrest were identified and a number were arrested… Other elements are wanted (under pursuit) and will soon be seriously dealt with. The Ministry of Intelligence asks the various strata of the community to introduce the dissidents, rioters and those who destroy public property by calling 113.”

In order to identify and arrest the Iranian protesters, the state-run cyber security websites have published close up images of protesters for retaliation.

According to the state-run Mehr news agency report on January 1, 2018, Public Relations Department of Cyber ​​Security Command Center announced in a statement:

“Gerdab (website) asks all the people to identify the elements of the sedition so that they are decisively dealt with… If you have any information or any news about the people in these pictures including images, video, news, emails, internet addresses or complaints about the rioting movements from any group who instigate and encourage destructive activities via the internet, you can send a report to Gerdab Website through the contact us link. In upcoming days, other images of the elements of the unrest and riot will be published.”