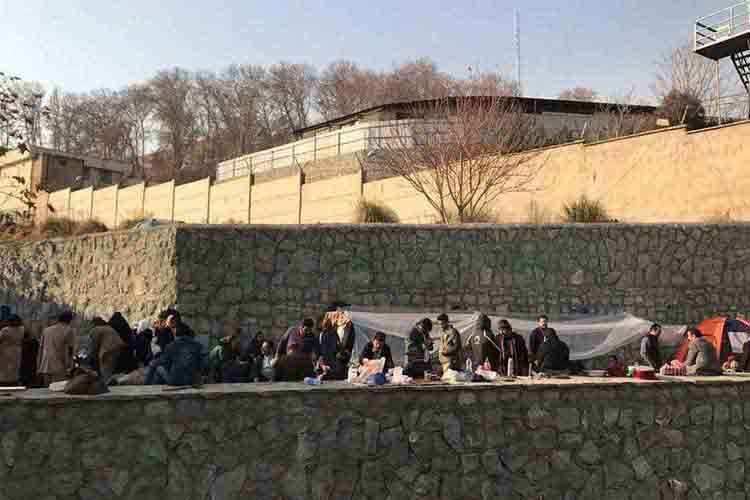 Informed sources from Evin Prison in Tehran and Rajaie Shahr Prioson in Karaj have reported that a large number of detained protesters were transferred to these two prisons in recent days. According to an informed source, the head of Evin prison has ordered that one of the sections of this prison be emptied for new detainees.

According to this source, the hall which was evacuated for new detainees held 200 prisoners who have now been transferred to other sections.

Sources have also said that a prison hall in Karaj’s Rajaie Shahr Prison, located in Alborz Province, has also been allocated for Karaj protesters. The hall reportedly has the capacity to hold more than 150 prisoners.

Reliable sources also reporting that more than 40 demonstrators have been detained in the Revolutionary Guards Corps Section in Rajaie Shahr Prison in Karaj. The detainees are from various cities in the province of Alborz, including Karaj and Gohardasht.

In the past days, families and friends of detained protesters gathered in front of the notorious Evin prison to demand the release of their loved ones.

during past 10 days of nationwide uprisings in more than 100 cities and towns, some 3000+ individuals, mostly the young, have been arrested. Many of them have been transferred to the notorious Evin Prison in Tehran. Reports indicate that at least 50 people have also been killed by the security forces.

Families of those arrested have been going to Tehran’s Evin Prison to demand the release of their loved ones.