Iran executed two, including one in public in Salmas 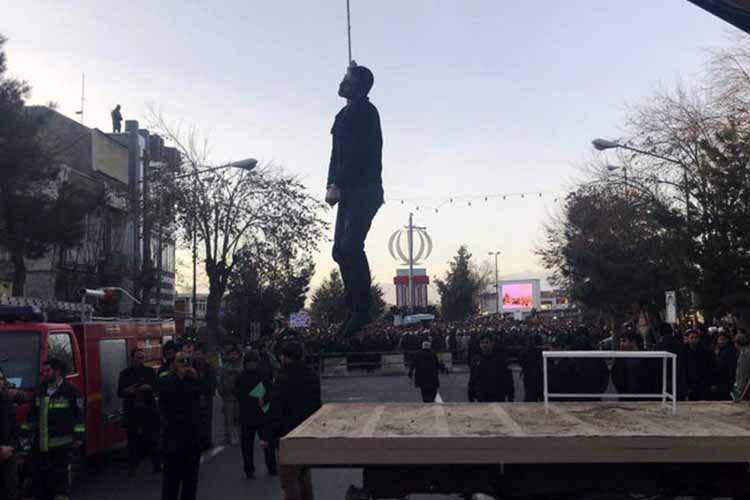 A man was publicly hanged today, January 11, 2018, in Salmas in West Azerbaijan Province, according to the state-run Rokna news agency.
A huge crowd, which might include children are assembled to watch the hanging. Reports say the 39-year-old Hossein, who was hanged had been sentenced to death over murder charges.
According to the same state media, Public and Revolutionary Prosecutor of Qazvin, announced the execution of a man identified only as Saeid in the central penitentiary of the city on January 10, 2018.
He was sentenced to death in 2009 after being found guilty in a court of murdering another man during a fight.
Absence of classification of unintentional murders in Iran lead to capital punishment for everyone committed murder, intentional or unintentional.