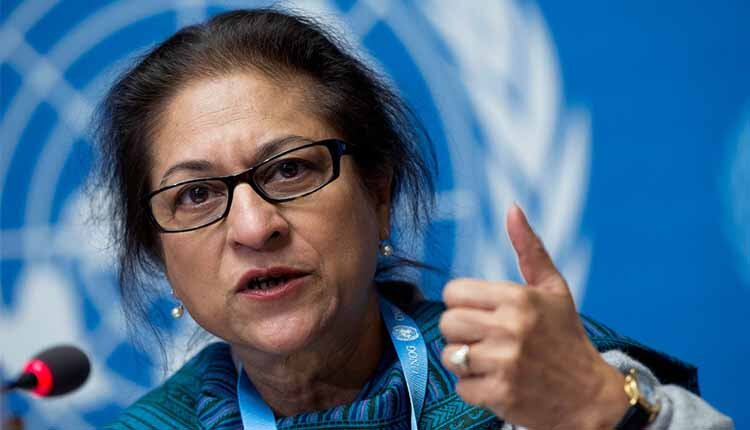 Her daughter Munizae Jahangir confirmed the news of her death. “I am devastated @ loss of my mother Asma Jahangir. We shall B announcing date of funeral soon. We R waiting 4 our relatives 2 return 2 Lahore,” she said in a tweet.

“Asma suffered heart attack today morning and she was rushed to Hameed Latif Hospital Lahore where she breathed her last. Doctors tried to save her life but couldn’t,” said senior lawyer Adeel Raja.

Known for her outspoken nature and unrelenting pursuit for human rights, Asma, 66, was the first woman to serve as the President of Supreme Court Bar Association of Pakistan.

She was a wise and brave warrior of human rights who included in her report the complaints of families regarding the 1988 massacre of 30,000 political prisoners in Iran.

While presenting her report to the Human Rights Council, she was interrupted by a furious Syrian representative who assailed her at the behest of the Iranian regime. But she had the courage to face the wrath of the dictators and to stand for a fairer world. She continued her report to the Council and was undeterred in pursuing her mandate.

describing her assessment in the first six months of 2017, she expressed “deep concern” over women’s rights in Iran and said “The current human rights situation in Iran… is deeply concerning in many respects.” she further added “much remains to be done to realize” women’s rights as outlined in the 5th Sustainable Development Goal.

She also condoled families of martyrs of Iran uprising and sent a tweet on January 2, 2018, in which she wrote:

Iranian citizens have a right to unprovoked peaceful protest. My condolences for the martyrs and urge end of violence.

The word “warrior,” or some variation on that theme, was used over and over again today about the wise and brave human rights defender. Condolences poured in after her demise with people paying tribute to her services for democracy and efforts in the judiciary movement. May her soul rest in peace.