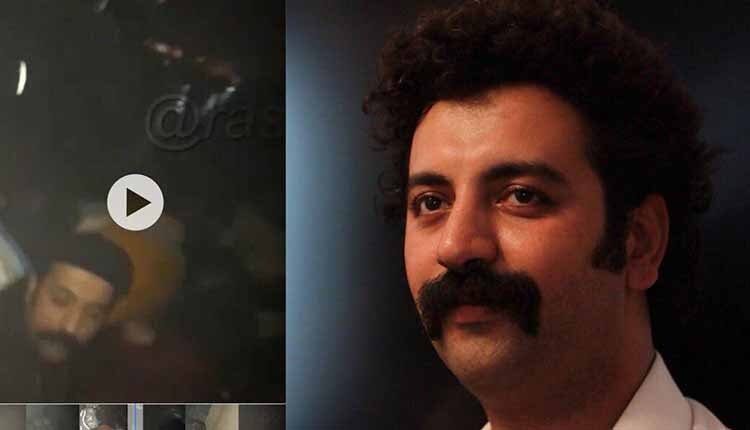 Javad Khamis-Abadi, a Dervish Gonabadi community member, producer, scriptwriter and documentary producer, has disappeared after being arrested by Iran’s State Security forces on February 19, 2018, in Tehran.

The Sufi group Gonabadi, known locally as Gonabadi dervishes, held a protest in February 19, 2018, in northern Tehran demanding the release of an adherent of their faith.

Half of the detained Dervish Gonabadi protesters were transferred to the Great Tehran Penitentiary.

Women protesters were transferred to Qarchak Prison, south east of the capital. They are held in the quarantine section of ward 3 where all communications with the outside world is cut off.

Eyewitnesses say authorities had severely beaten these protesters in the prison courtyard. Many were taken to the clinic and 30 transferred to a hospital.

Leyla Nayebzadeh, a pregnant woman of the Dervish Gonabadi community, was severely beaten and arrested. She is currently under torture and interrogation, activists say.

Saeed Sultanpour, a Dervish Gonabadi protester who was hospitalized with a bullet wound in his neck has currently disappeared.

At least three Gonabadi Dervish protesters died due to the severity of their wounds suffered in the attack staged by state police & anti-riot guards. Words indicate all three had bullet wounds from the waist up.

Ghader Mardani is one of those killed by Iran’s security forces during their attack on the Dervish Gonabadi protesters.