Iran: Strikers threatened by the Head of the Judiciary 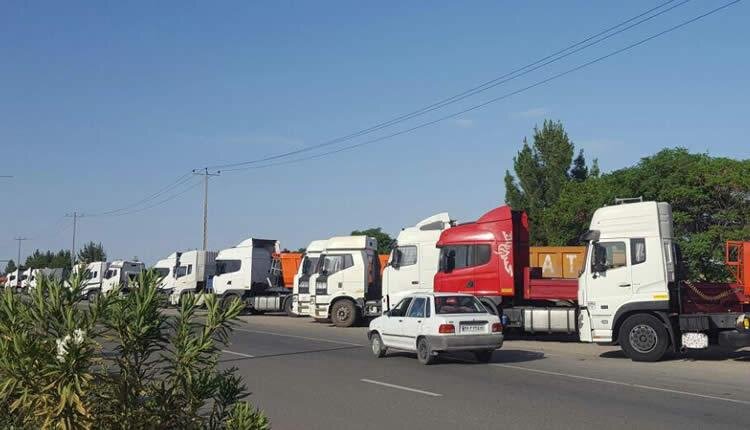 On Monday, the seventh day of a nationwide Iran trucker’s strike, the Head of the Judiciary, Sadegh Larijani threatened and said that those who intend to exploit certain spaces and thereby endanger the security of the country and the people, should know that the system will not just be watching and will deal with them very hard. These remarks were stated at the same time when a group of truck drivers in various cities were summoned and threatened by security agencies and the Ministry of Intelligence a day earlier. Truck drivers in Iran started to strike in protest of fares and other issues on Monday, May 22, 2018. (Entekhab state-run May, 28, 2018)

Truck drivers in Iran continue their strike despite promises made by the Ministry of Roads and Urban Development’s officials to raise cargo fees.

Truck drivers, who say “no more lip service,” have been on strike since May 22, protesting high expenses and low cargo fees.

The drivers in Tehran shut down cargo terminals and refused to load goods while chanting: “Do not be afraid, we are all together”. Many cargo terminals across the country and in the border areas are semi-closed and inactive.

On the seventh day of the strike, oil tanker drivers in Sanandaj gathered in front of Baharan Oil Company. On Sunday, they spread empty tablecloths on the ground in protest of their livelihood. In Ardabil, drivers staged protest gathering in front of the transportation town. The anti-riot guard and the police lined up against them to prevent them from spreading their protest.

In some cities, taxi drivers and other poor strata have gone on strike to support truck drivers.