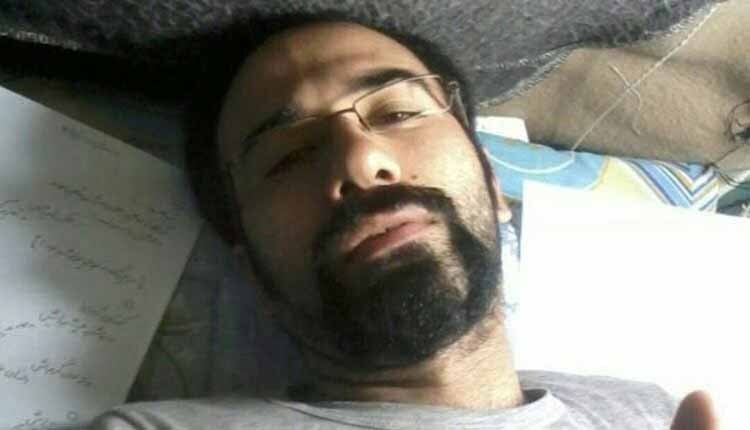 Political prisoner Soheil Arabi, held in the great Tehran Penitentiary has been on hunger strike for nearly one month while deprived of any visits. He is protesting harsh prison conditions and his illegal detention in a ward where dangerous criminals are held which violated Iran’s own regulations on the principle of separation of crimes.

His family has no information on his current condition, and his life could be in danger.

The mother of political prisoner waited five hours Monday, to be able to visit her son, only to be told he is banned from prison visits. Reports indicate on the same day, four inmates incited by prison officials, tied his hands and feet to forcibly give him IV serum injection.

Other reports indicate prison officials beat the prisoner, using electric shocker to force him to write that he intends to commit suicide, so that if he died due to the hunger strike they would claim that he had committed suicide.

Soheil Arabi, sent out a message On May 29, revealing the scheme against his life and announcing his hunger strike. He said; “my intention of hunger strike is not saving myself from this place of torture, I want my voice to be heard.”

Political prisoner Soheil Arabi, was transferred to the Great Tehran Penitentiary after he protested against the unlawful transfer of Atena Daemi and Golrokh Ebrahimi Iraee to the dangerous Shahr-e Rey prison in Varamin outside Tehran.

He started a hunger strike on January 24, 2018, which was switched to dry on March 17, 2018. He was badly beaten by prison authorities during his hunger strike. He suffered heavy blows to the head and was suspected of brain damage.

Upon the request of her mother and mothers of political prisoners of the movement seeking democracy and equality, he stopped his hunger strike after 55 days at the turn of the New Persian Year.