Cash fine for porter, victim of mine explosion 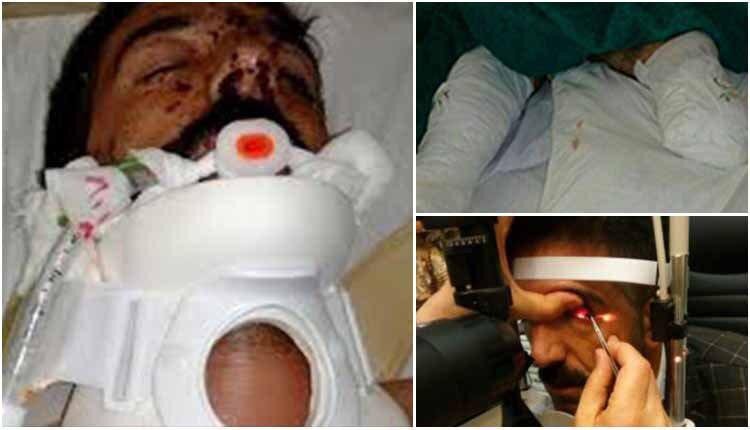 A porter in Iran who had lost one of his eyes and legs to a mine recently has been fined $5,475 for illegal border crossing and compensation for the mine.
The porter, Loqman Vahid, father of two, from the village of Shinabad, in West Azarbaijan province said, ” I was summoned to the Branch 1 of the Public Prosecutor’s Office of Piranshahr, I was fined $2,595 for illegal border crossing.”
“Between going to prison and paying fine, I had to choose one and because I was physically unable to go to jail, I was temporarily released on bail, ” he added.
The porter explains how he has spent more than $11,795 which is donated by the people for the cost of surgery and the hospital yet it is not enough and he needs more treatment.
Back carriers or porters are poor people who transfer goods such as fuel, cigarettes, electric equipment, clothing, tires, etc. with great difficulty and at a high risk to their lives to earn a living for their families. They sometimes have to transfer 100 to 150 kilograms on their backs in the mountains and valleys, in hot summer or cold winter.
Every year, hundreds of unarmed porters are killed or injured by Iranian security forces near the western borders of Iran mainly in the provinces of Kurdistan, West Azerbaijan and Kermanshah. The IRGC unit opens regularly target these under the pretext of being smugglers.