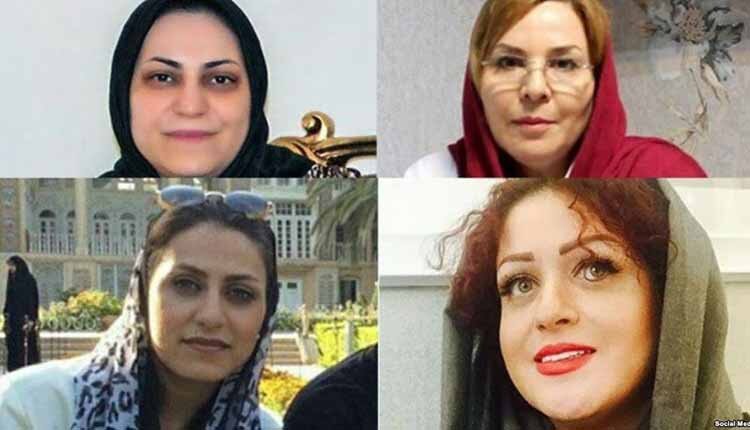 Four Gonabadi women dervishes who have been imprisoned in Qarchak Prison since February 20, 2018, were sentenced to a total of 20 years’ imprisonment for “assembly and collusion against national security.”

Dr. Nailla Nuri, Dr. Avisha Jalaleddin, Sima and Shima Entesari were sentence to five years behind bars each by the Revolutionary Court presided by Judge Ahmadzadeh.

The four were among 11 Gonabadi women dervishes who have been imprisoned in Qarchak Prison since February 20, 2018, when they were arrested in a bloody crackdown on the peaceful protest of Gonabadi Dervishes in Tehran. It is estimated that at least 300 dervishes were arrested on that night.

They were attacked by special guards and badly beaten up by batons and shockers on Wednesday, June 13, 2018. They were subsequently transferred to solitary confinements in different wards. The incident had been incited by a number of prisoners who are serving sentences on ordinary charges.

The families of the two women hunger strikers gathered outside Qarchak Prison on June 14 and 15, and protested violence directed against their relatives but did not receive any answers.

On the same days, the families of women dervishes detained in the Greater Tehran’s Penitentiary also staged a sit-in protest, demanding end to violence against their fellow women dervishes in Qarchak and called for their release