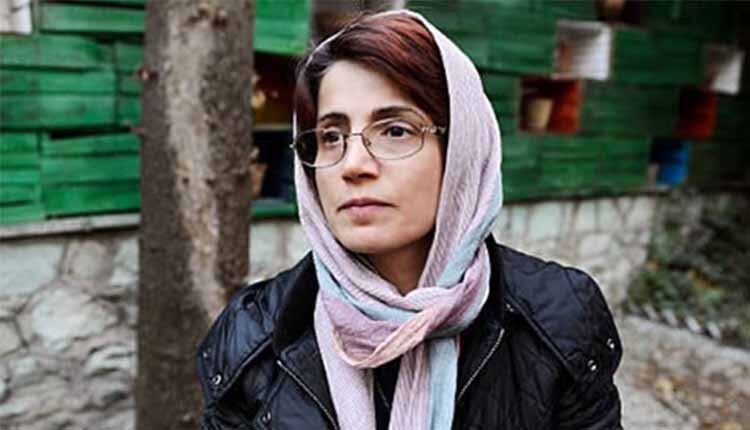 The house of jailed prominent lawyer Nasrin Sotoudeh was stormed by agents of the Ministry of Intelligence on Saturday, according to Reza Khandan, Sotoudeh’s husband.
Reza Khandan released the news on his Facebook page on Saturday, August 18, 2018, and during an online audio interview, clarified the details of the attack on Nasrin Sotoudeh’s house.
“In the morning, when the children were asleep, intelligence forces entered the house. They inspected the entire house and the storage. The agents were looking for a badge that says, ‘I oppose the compulsory veil’,” he said.
After the attack on Nasrin Sotoudeh’s house, the agents also attacked the house of Mr. Khandan’s sister and inspected the entire house despite the family’s lack of knowledge or political activity.
Payam Dorafshan, the lawyer of Nasrin Sotoudeh, has announced on August 14, 2018 that two new case files have been opened against his client.
Speaking with the state-run news agency IRNA, Mr. Dorafshan said: “My client was recently arrested after being convicted in absentia by Branch 28 of the Tehran Revolutionary Court.” According to Ms Sotoudeh’s lawyer, she was charged with “Propaganda against the regime” and “Insulting the Supreme Leader,” but despite this, Branch 28 issued a ruling on the charge of “Espionage.”The 55-year-old human rights lawyer has been arrested and kept behind bars in Tehran’s notorious prison, Evin, since June 13. She was informed that she was detained due to a five-year prison sentence that was issued against her in absentia in 2015 by Revolutionary Court Judge Mohammad Moghiseh.
That sentence was for the charge of “espionage in hiding” but according to her lawyer, the charge was never in the indictment and the sentence exceeded the maximum amount allowed under Iranian law.
International human rights organizations condemned the arrest and called for her immediate release.
“Nasrin Sotoudeh is a human rights champion who should be applauded, not jailed, for her tireless defense of citizens’ rights,” said Sarah Leah Whitson, Middle East director at Human Rights Watch. “Iran’s judiciary again has revealed to its citizens and the international community its disdain for and fear of people who seek to protect human rights.”
Amnesty International called the arrest an “outrageous attack on a brave and prolific human rights defender.”
In 2010, Sotoudeh was sentenced to 11 years in prison on charges related to her work defending Iranians detained after the 2009 elections, which acted “against national security.” Her sentence was later reduced to six years.
During her imprisonment, a US State Department spokesman called Sotoudeh “a strong voice for rule of law and justice in Iran.” She was also awarded the European Parliament’s Sakharov Prize for Human Rights in 2012. She was granted early release in 2013 after serving three years. 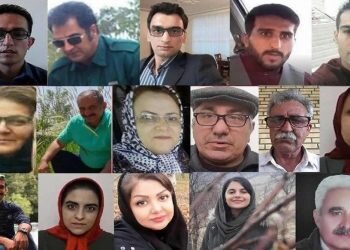