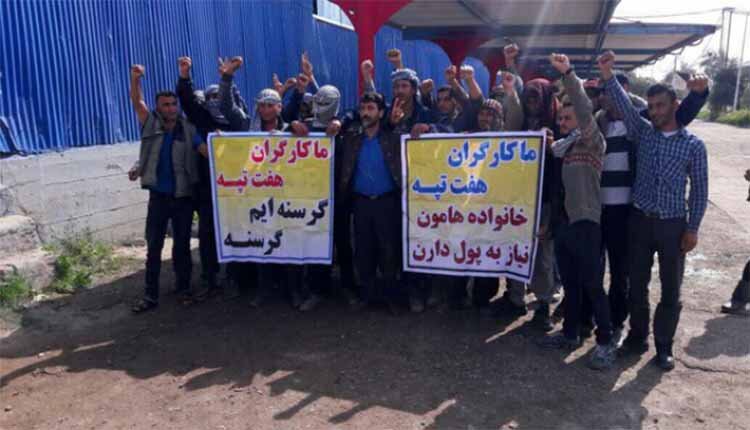 The anti riot forces on August 19, attacked a protest strike held by around 500 Haft Tappeh Sugar Cane Company workers in Khuzestan Province, southwest Iran, injuring the workers and arresting a number of the protesters.
These workers were protesting their expulsion from work and held a picket line outside of the company site. A number of the expelled workers even poured gasoline on themselves and sought to commit suicide by setting themselves ablaze. A number of the company employees rushed to the scene and prevented them.
The anti riot forces even used pepper spray in their attack against the protesting workers rallying outside the company director’s office. One of the injured workers again tried to commit suicide. Five of the protesters were arrested and transferred to a nearby courthouse. They include, Karim Al Kathir, Ali Al Kathir, Hamzeh Al Kathir, Yahiya Sa’di, Fares Sa’di.

A few hours later all five protesters were released as their colleagues protested the bogus charges raised against them.
Employees of the Haft Tappeh Sugar Cane Company have not received their paychecks since April and are enduring very tough living conditions.
In recent months, Haft Tappeh Sugar Cane Company workers have been protesting and going on strikes periodically.
Iran is a signatory to the International Covenant on Civil and Political Rights, which mandates in Articles 21 and 22 freedom of association and guarantees the right to form trade unions, and to the International Covenant on Economic, Social and Cultural Rights, which guarantees in Article 8 the right of workers to form or join trade unions and protects the right of workers to strike.
The Iranian Constitution also contains provisions for such rights: Article 26 guarantees the right to form “parties, societies, political or professional associations,” and Article 27 states that “Public gatherings and marches may be freely held, provided arms are not carried and that they are not detrimental to the fundamental principles of Islam.”
Despite this, independent labor unions are banned in Iran, strikers are often fired and risk being detained, and labor leaders face long prison sentences on trumped up national security charges. 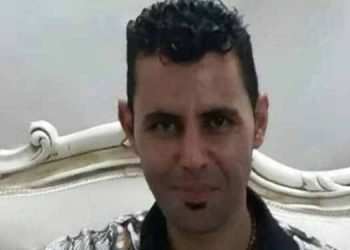