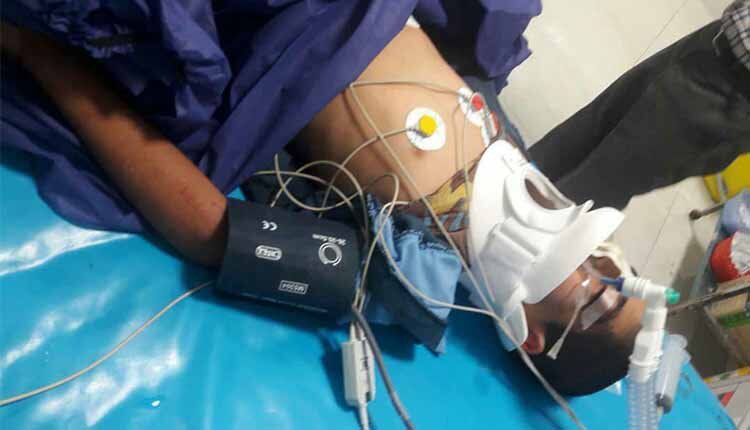 On Friday December 21, a 11 year-old boy took his own life due to extreme poverty in Izeh, Khuzestan province.

Mother of this boy said that the family had only bread to eat for a week and after one week they did not even have that bread and the boy committed suicide.

The growing rate of suicide among children in Iran, paints a grim picture of plight of Iranian people under the mullah’s rule.

“On average, the country has a high suicide rate in two age ranges. Between 25 to 34 years, as well as among those above 35 years of age. Most suicides occur in these two age ranges, but it has been a few years that children under the age of 17 also commit suicide”, Mohammad Mehdi Tondgooyan said. (The state-run Etemad Online news agency – August 20, 2018)

“According to the latest figures, 212 children under the age of 17 have committed suicide in the country”, he added.

On July 5, Iranians were shocked by the suicide of Abolfazl, a 12-year old boy in Abadan, Khuzestan who hanged himself after his mother sold his mobile phone and bicycle to pay the rent.

After the death of Abolfazl, another 12-year-old, this time a girl, also took her own life. After she had a quarrel with her parents over the purchase of a necklace from an online store, she went to her room and hanged herself with her shawl.

According to experts, the main causes for suicide in Iran are poverty, unemployment, and despair over lack of political change.

During the Iranian calendar year of 1396, which ended on March 20, 2018, there were 4,992 recorded suicides in Iran, according to the Deputy Minister of Sport and Youth, Mohammad Mehdi Tondgouyan, who supplied these figures to the official Islamic Republic News Agency (IRNA). This is an increase of 972 suicides over the previous year.

Out of the 4,992 self-inflicted deaths, two-thirds were female and one-third male.

Tondgouyan pointed out that that in recent years the number of suicides among the under-17s age group has been on the rise, and that last year, 212 adolescents took their own lives.

The provinces with the highest suicide rates are Ilam, Gilan, Tehran and Khuzestan. Tehran has the highest number of suicides, followed by Khuzestan. According to Reza Rafiei, the director of Khuzestan’s Medical Emergencies, five or six suicides are reported across the province every week.

Local press in the ancient city of Masjed Soleyman in Khuzestan province, has recently raised the red alert for the growing number of suicides committed in the city because of poverty and unemployment.

Crackdown on Iranian Christians continues Ahead of Christmas