136,000 classes without standard heating jeopardize the lives of Iran’s children 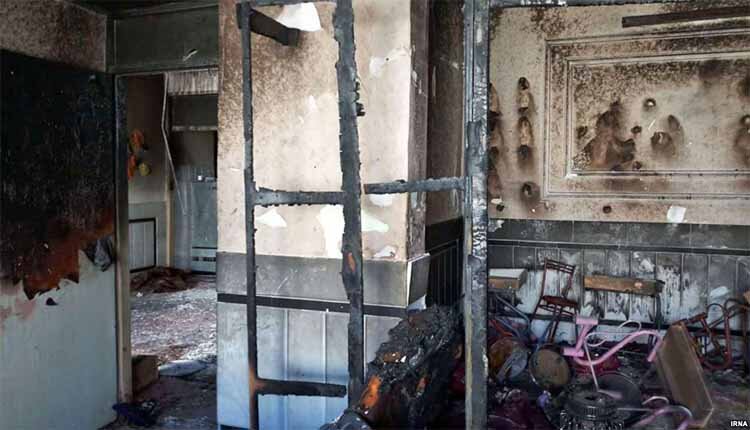 The heating systems in 136,000 classrooms across Iran do not have the required standards, the regime’s Deputy Minister of Education has said.

Mehrollah Rakhshani Mehr asserted on Saturday, January 26: “As most of these classrooms are located in the province of Sistan and Baluchestan and other regions with no gas pipelines, it is impossible to upgrade their heating system for the moment.”

According to Rakhshani Mehr, a possible way to make classrooms safe is replacing kerosene with diesel fuel for the heaters, but, providing it in some of the provinces, including the border areas, is unfeasible.

In December 2018, after a deadly school blaze that killed four girls in Iran’s impoverished southeast, the Iranian Minister of Education had said, with the budget allocated to his department, it will take seven to eight years to replace dangerous oil heaters with safe heating systems.

In the past few months alone, there have been several incidents where schoolchildren have died or badly burnt because of lack of proper heating facilities and maintenance in schools.

While the Iranian regime spends billions of dollars on the wars in Syria and Yemen, and on missile tests and terrorist activities, little budget is allocated to the country’s infrastructure and education while accidents essentially caused by a lack of funds continue to take toll in Iranian schools.

lack of funds continue to take toll in Iranian schools

On December 18, 2018, a horrible fire incident in a deadly blaze at an all-girls preschool and elementary school center in Zahedan, capital of Sistan and Baluchistan province, caused the death of four schoolgirls.

Three girls immediately died after suffering burns over more than 90% of their bodies while another girl was later announced dead, local news outlets reported.

The incident was caused by a malfunctioning kerosene heater caught fire and quickly spread to the carpet, furniture and other parts of the school. It quickly became uncontrollable, catching the unfortunate victims of its flames.

Stranded, the victims futilely tried to protect themselves by hiding under school benches. When they were eventually found, they had already lost consciousness due to their burns and inhaling smoke.

Ta’adol, a state-run news website, described the situation in the Zahedan girls school as such: “Four girls died in the flames of the non-standard heater of their school’s heater. But this incident is not the end of the tragedy of schoolchildren burning. At least 100,000 classrooms in different provinces are lacking standard heating systems. Kerosene heaters are still used regularly in classes and budget deficits in the education sector are preventing them from being replaced.” Ta’adol also states that Iranian officials have made promises to fix the problem in the next two years while they had previously promised to remove kerosene and gas heaters from schools by 2017. “Education minister Mohammad Bathaei admits that more than 40 percent of schools are lacking proper heating systems.”

Etemad Online, another state-run news website, reminds that the Zahedan incident is reminiscent of 2012 fire incident at Shin Abad elementary school in Kurdistan province caused two deaths and left 29 schoolgirls scarred for the rest of their lives.

“Whether it’s worn-out infrastructure or non-standard heating systems, it doesn’t make a difference. In the end, students will have to suffer from the shortcomings of the schools,” Etemad writes, observing that the common denominator between all the incidents that have happened is that they are in areas that are underprivileged and have been deprived of the most basic services. “The burns of the girls of Shin Abad are still vivid before the eyes of the Iranian people, and not only their bruises getting better, but it seems as if we have to witness even more pain every day.”

This was not the first time that children and girl children became victims of deficiencies in the infrastructure of schools due to lack of funds.

The Iranian state-run media reported on October 8, 2018, of the death of a young Kurdish girl, Donya Veisi, at her school in Sanandaj after the wall crumbled on her.

The tragedy in Zahedan is reminiscent of another deadly blaze on Dec. 5, 2012, when a fire erupted at an all-girls elementary school in the northwestern town of Shinabad. In that case, a faulty oil stove exploded as it was being used to heat a classroom during winter, killing two girls and burning 26 others.

The survivors, with mutilated faces, were promised to have free access to reconstructive surgery in and outside Iran.

Nevertheless, five years later, the promise has not yet been fulfilled.

Two members of the Free Union of Iranian Workers Arrested