Suicides in Iran Quadrupled Over the Past Two Decades 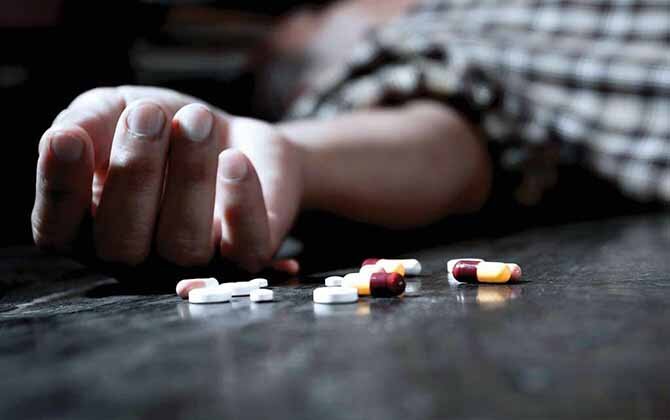 An Iranian sociologist said that in the past two decades, the number of suicides in Iran has seen major changes.

In an interview with the state-run ILNA news agency on November 5, Salar Kasraie said, “According to the statistics from 1982 to 2005, the number of suicides in Iran has almost quadrupled and among women the number has doubled.”

Referring the catastrophic stats on suicides in Iran Kasraie said that officials refrained from announcing the high rate of suicides among residents of the western province of Ilam.

The sociologist said that women in the province had turned to committing suicide with pills and poison instead of self-immolations in a meeting on women in Ilam.

“Unfortunately, suicide rates in Ilam are not announced by the relevant authorities and this is a problem that I’ve had during my research into suicides among the people of Ilam,” he said in the meeting.

“Despite my efforts, I was not able to get any statistics from the Medical Sciences University or the province’s coroner’s office,” he added.

Salar Kasraie said that Ilam had the most suicides in Iran in 2016.

“In researching medical records, (we found) that 6% of people in Ilam commit suicide with chemicals, including pills, drugs, detergents, alcohol and so on. The rates of self-immolation have almost decreased among people in the province, but unfortunately, most of those who commit suicide through other methods are hurt,” she said adding that 43% of deaths from suicides were the result of self-immolations.

Kasraie said that most suicides in Ilam were among illiterate people and that suicides that led to deaths were mostly carried out by the unemployed and housewives.

The Iranian sociologist said that the cause of women’s suicides in the province had not been researched enough.

He said that most suicides were among the unemployed but that the reason behind the suicides of 49% of the people was not written in their files.

“The question is why health centers do not ask and document the reason behind suicides so that experts can then use that information to find a solution to the problems in Ilam Province,” Kasraie added.

Kasraie also corrected the figures published by the Coroner’s Office on the suicides in Iran in 2017, saying, “In 2017, the Legal Medicine Organization announced suicide numbers for that year but immediately removed it from its website”

“We were able to copy the statistics from other places. According to the numbers, 4,627 people committed suicide in 2017, 3,000 of whom were women,” he said adding that the actual numbers were much higher.

Earlier, a Health Ministry official had made another shocking announcement.

Maryam Abbasinejad, director of the suicide prevention program in the Health Ministry’s office for psychological health, said: “100,000 suicide attempts were registered in Iran last year (1397). Most experts say this is only the tip of the iceberg and only a small part of the reality. Suicide attempts are more prevalent among women than in men. And 60 percent of the total number of attempts were committed by women.”

Her remarks were covered by the state-run tnews.ir, September 6, 2019.