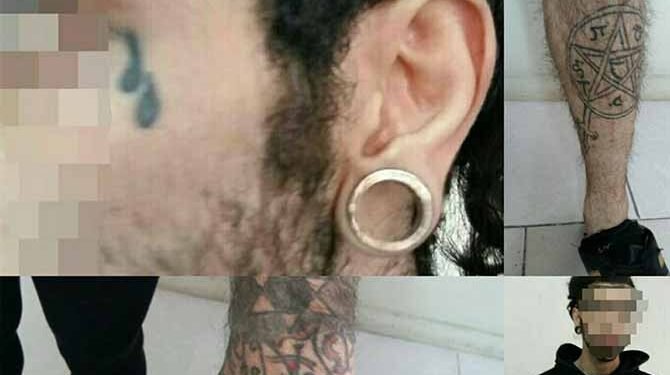 An Iranian Judiciary official reported on Thursday that police arrested 135 young men and women “whose appearance resembled devil worshipers” at a mixed-gender party in the suburbs of the capital Tehran.

According to the state-run Tasnim news agency, the party was held in the city of Damavand, west of Tehran.

The Prosecutor of Damavand city was quoted as saying “the 135 girls and boys” who were arrested at a party in an industrial shed wore “devil worship symbols.”

The youth were in possession of mind-altering drugs, knives, and blades and “committed other illegal activities such as bearing tattoos”, he said and added that some of them are in detention and others have been freed after providing the required guarantees.

The Iranian regime interferes in the most private aspects of the lives of ordinary Iranians. They consider certain types of clothing, such as those with Gothic symbols as well as body art and rap, rock, and Metallica music as signs of “Satanism”.

Violating privacy of Iranian citizens, the Iranian regime systematically raids private parties, arresting and sometimes flogging citizens under the guise of being improper veiled or participating in mixed-gender parties.

Before this, the state security forces stormed three mixed gender parties in the northern city of Sari on August 29 and August 30 and detained 35 young men and women.

A few days earlier, Iran’s state-run media said that 52 people were detained on August 24 in a mixed gender party in Sari. According to Fars News Agency, 29 of the detainees were men while the remaining 23 were women.