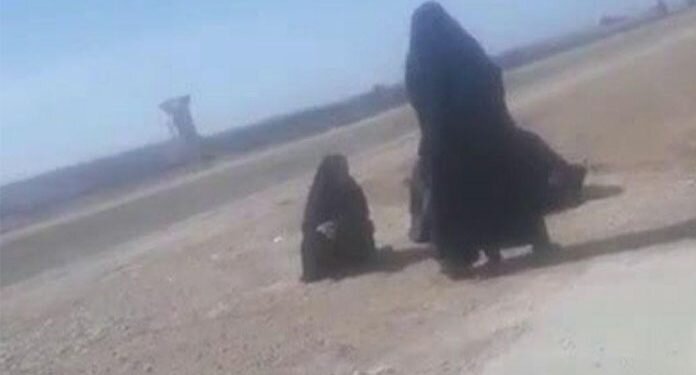 Family members of inmates held in Seiban and Sepidar prisons in Ahvaz have been kept in the dark about the fate of their loved ones following prison riots in southwest Iran on March 30 and 31.

Family members of inmates held in Seiban and Sepidar prisons in Ahvaz have been kept in the dark about the fate of their loved ones following prison riots in southwest Iran on March 30 and 31.
Reports indicate that following prison riots on March 31, intelligence authorities in Ahvaz transferred political prisoners from ward 5 of Sheiban Prison to an undisclosed location where they have been placed under interrogation and severe pressure. Authorities are using torture methods to force the inmates to provide coerced confessions and acknowledge accusations of instigating these recent riots.
Some family members say all inmates of ward 5 in Sheiban Prison, including political prisoners from Ahvaz, supporters of the Iranian opposition People’s Mojahedin Organization of Iran (PMOI/MEK) and exiled political prisoners have been transferred by the local Intelligence Department.

Families of inmates imprisoned in the two prisons, gathered on Ahvaz-Shushtar Road on Tuesday, March 31, 2020 for the second day in a row after they were turned away and prevented from approaching the prison compounds.

Family members of prisoners held in Sheiban Priosn of Ahvaz have been kept in the dark about the fate of their loved ones. Several prisoners were killed after protesting the authorities’ refusal to grant them temporary leave despite #coronavirus #COVID19https://t.co/tl84clRjit pic.twitter.com/KbhRF7kfWt

This was the second day these women and relatives were protesting against the authorities’ crackdown on inmates in the two prisons where riots broke out on Monday and Tuesday in Sepidar and Shaiban prisons, respectively. Security forces responded to families by shooting and lobbing tear gas at them.

On March 30, inmates of Sepidar Prison of Ahvaz, southwest Iran, launched a riot as inmates were protesting lack of hygiene necessities and authorities’ refusal to at least grant temporary leave for the inmates during the ongoing coronavirus outbreak. Security forces at the prison responded by opening fire and using tear gas against the protesting inmates, killing several prisoners and injuring several others.
In Sheiban Prison, another facility in Ahvaz, riots broke out on March 31, as inmates were demanding at least temporary leave due to the coronavirus epidemic. Several prisoners were shot and killed when prison guards opened fire on them. Two of the slain inmates are Sajjad Pishdad and Alireza Hajivand, both from the Kuy Modarres district in Ahvaz.

Sajjad Pishdad and Alireza Hajivand were shot and killed in Ahvaz's Sepidar Prison in southwest #Iran after prisoners demanded that they be allowed furloughs in fear of getting #COVID19.#CoronavirusPandemic https://t.co/tl84clRjit pic.twitter.com/aNIf4sLjat

A report on April 4 following riots in Sheiban Prison of Ahvaz, southwest Iran, sheds light on horrible conditions in this facility. “This prison is made up of many silos. One thousand inmates are held in each silo. In total there are around 8,000 inmates held at this site,” the report from inside Iran indicates. “No death row inmates are held here, and those prisoners are in Sepidar Prison. During the recent riot in [Sheiban] prison, the inmates set fire to various areas of the facility, forcing the prison guards to open the gates. One of the inmates who lost his life in this fire was probably around 25 years old. The phone lines of this prion are down and inmates’ families who go to the prison in person are provided no answers from the authorities.”