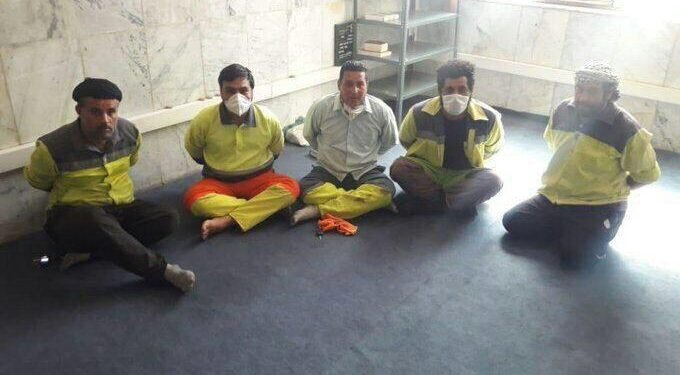 At least five municipality workers were arrested after one of the authorities of Kut Abdullah Municipality in Ahvaz filed a complaint against them for holding a protest gathering, demanding to receive their wages and past-due fees.

Pictures of the arrested workers were published in the media.

Karim Bavi, one of the protesters who works for the Kut Abdullah Municipality, said they held their protest gathering outside Khuzestan’s governorate since last Saturday, May 2, but no official has responded to them.

The Iranian regime’s official news agency, IRNA, wired a report on May 4 indicating that 50 green environment municipality workers of Kut Abdullah gathered outside Khuzestan’s Governorate Building in Ahvaz and demanded to receive their payments.

Hassouni said one of the problems workers face is that their salaries and benefits are always paid with few months of delay.

In reaction to these protests, Navab Hajian Saeed, the mayor of Kut Abdullah, said that due to the outbreak of the coronavirus, the municipality’s revenues from construction taxes, etc. had decreased and they had financial problems.

Nevertheless, five municipality workers were handcuffed and arrested for participating in peaceful protests to receive their wages.