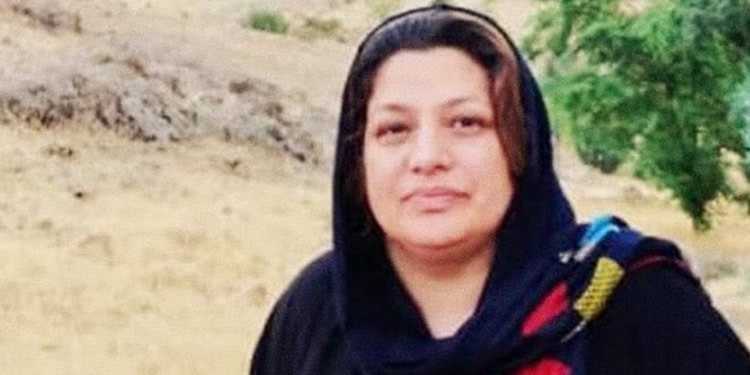 A Kurdish woman Fatemeh Davand detained for participating in the November 2019 protests in Bukan, started a hunger strike on November 12, 2020 in the Central Prison of Urmia.

Fatemeh Davand, 42, is married with three children. She seeks to be released with an electronic leg tag to take care of her children, a demand which has been rejected by prison authorities.

A source informed about the Central Prison of Urmia said security forces transferred Fatameh Davand to an intelligence ministry cell after she went public about her hunger strike.

Fatemeh Davand was arrested on November 16, 2019 during the protests in Bukan against three-fold petrol price increase. Security forces took her to the detention center of the Intelligence Department of Urmia. They transferred her to the women’s ward of the Central Prison of Urmia after 20 days.

Branch 103 of the Second Penal Court of Bukan tried this Kurdish woman on February 6, 2020, and sentenced her to five months’ imprisonment and 30 lashes for “disruption of public order.”

Then on May 12, 2020, the First Branch of the Revolutionary Court of Mahabad handed down another five years to her for “acting against national security.” The sentence was later commuted to 3 years and 9 months.

Kurdish woman Fatemeh Davand reported in to the Central Prison of Urmia on July 5, 2020, to serve her sentence.

“When sentencing women offenders, courts shall have the power to consider mitigating factors such as lack of criminal history and relative non-severity and nature of the criminal conduct, in the light of women’s caretaking responsibilities and typical backgrounds,” says Rule 61 of the UN Rules for the Treatment of Women Prisoners and Non-Custodial Measures for Women Offenders (the Bangkok Rules).

Amnesty International wrote in a tweet that the incarceration of Ms. Davand took place after an unfair trial which ruled based on false confessions extracted from her under torture and other ill-treatment.

Amnesty International urged the regime’s officials to release Ms. Davand, saying she had been imprisoned only for exercising her right to association and gatherings, and because of false confessions extracted from her.