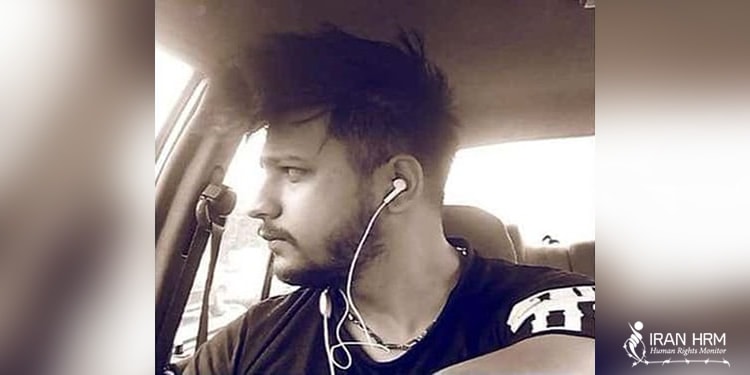 Prison guards badly brutalized political prisoner Afshin Shahsavari, reports from Tehran’s Evin Prison say. The guards continued to beat him even after he went unconscious due to the severity of beatins.

The reason political prisoner Afshin Shahsavari was brutalized was his support for ordinary prisoners in the quarantine. Prison guards struck him in the head and face. That is why he went unconscious. He suffered a broken skull. He also suffered fracture in the face in the eyebrow. His shoulder blade was dislocated and his body was bruised. He is presently abandoned in Evin Prison’s quarantine in critical conditions.

Three of the prison guards involved in this brutal treatment were Jalal Mobini, Mehdi Mahmouli, and another guard by the last name of Amrollahi.

On Thursday, December 24, 2020, political prisoner Afshin Shahsavari returned to Evin after going on furlough, and held in the quarantine. On December 25, prison guards insulted and harassed two ordinary prisoners during the head count. Afshin Shahsavari protested their conduct. Then, 10 prison guards attacked him and severely beat him up. They formed a tunnel in the prison’s corridor, beating him and finally taking him to the courtyard.

In the courtyard, prison guards threw him on the snow and kicked him with their boots so much that he went unconscious. Due to strikes to his head, he suffered a broken skull and his nose started bleeding. He suffered a deep scar on his eyebrow and his shoulder was dislocated.

One of the witnesses said the guards continued to beat him even when he was unconscious.

On December 26, the Assistant Prosecutor of Evin summoned Afshin Shahsavari and threatened him.

Political prisoner Afshin Shahsavari was born in Qazvin in 1982. He was arrested on February 27, 2019, for supporting the opposition People’s Mojahedin Organization of Iran (PMOI/MEK). He was detained in Ward 2A of Evin Prison and was tortured under interrogation. Finally, in July 2019, he was sentenced to 3.5 years in prison for “assembly and collusion to act against national security,” “propaganda against the state,” and “having contacts with the People’s Mojahedin.”