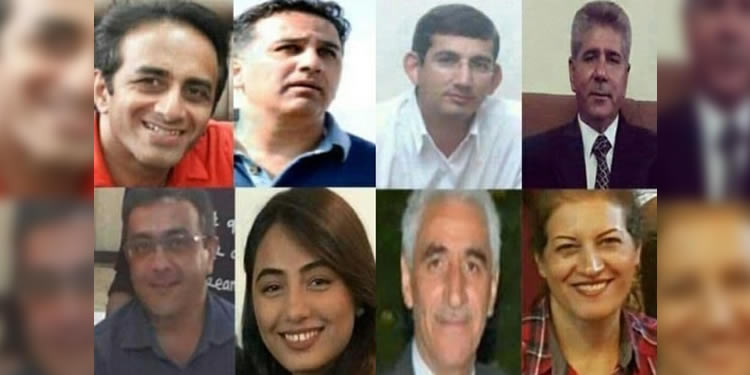 An appeals court in Iran has sentenced eight Iranian Baha’i men and women to a total of 14 years in prison for for practicing their faith.

They were previously tried in the 2nd Branch of the Bandar Abbas Court on December 24, 2020. They were each sentenced to two years of prison, except for Farhad and Adeeb, who were sentenced to one year of prison.

In addition to their prison sentences, each were banned from membership in political or social groups for two years, and participation in Bahai gatherings. They were also sentenced to forced participation in five sessions of “ethnic” classes.

“The case started three years ago. They were told if there was no solid evidence provided by the end of this month, the case was to be closed and dismissed. But the case investigator changed, and the new investigator charged them with spreading propaganda against the state, convicting them of violation of Article 500 and 610 of the Islamic Penal Code,” an informed source close to the Bahais said.

The source added that the Bahai citizens first noticed the change in charges in a December 12 trial. Even though their lawyers protested the flawed procedure, the judge did not listen and issued the sentence.

“The additional charges are just because they believe in the Bahai faith and there was no evidence against them in court,” the source said.

The eight Bahai citizens were detained once before in April 2017, but were later released on bail.