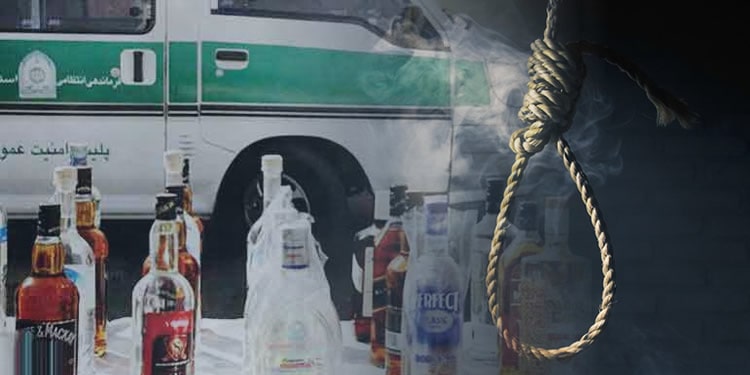 Iranian judicial authorities have demanded the execution of a 73-year-old retired pilot who was arrested for consuming alcohol.

The state-run Asr-e Iran website reported on February 21 that the representative of the prosecutor’s office in the 9th branch of Tehra’s criminal court, requested the death sentence for a 73-year-old man for “drinking alcohol”.

The man, who is said to have a military doctorate and is a retired pilot, has been arrested in northern Tehran on charges of drunk driving.

Based on the Islamic Penal Code a defendant can face the death penalty after being arrested and punished three times for alcohol consumption. The initial punishment for drinking is usually flogging.

The trial of the retired pilot accused of drinking alcohol was held in Tehran while he denied his accusation in court and said: “I admit that I was arrested three times in previous years for drinking alcohol, and because my alcohol test was positive, I was flogged each time, but the last time I was arrested for no reason and I did not drink alcohol.”

“Because I was forcibly tested for alcohol, I did not sign a form confirming that the alcohol test was positive,” he told the judge Mohammad Kashkoli.
“I do not accept my accusation,” the man said.

The lawyer in the case, Mohammad Shams, stated that “The case has many shortcomings and my client did not confess to drinking in the case. Therefore, I demand his acquittal.”

The man was identified as Morteza Jamali, 55, and had two children.

The execution has led to a strong backlash on Iranian social media with many users saying that large corruption cases and extrajudicial killings of protesters go unpunished or end in light sentences while drinking brings the death penalty.