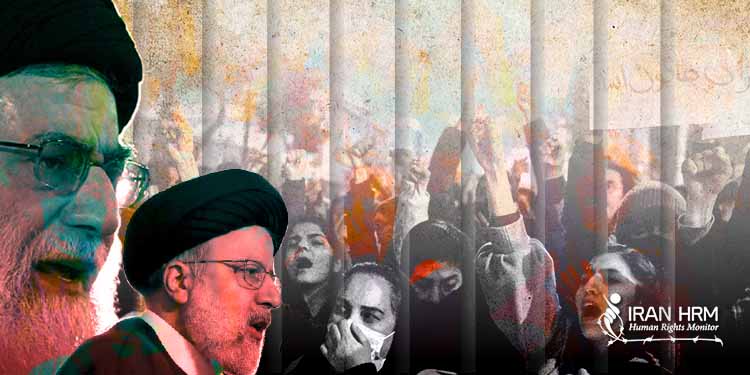 Over May 2021, Iranian authorities continued executions, torture, the suppression of minority groups, arrest and conviction of civil and political activists and the internet censorship.

Group arrests at private parties, summonses, interrogations, and detentions of religious and ethnic minorities also continued. The following report is a summary of the human rights situation in Iran over the past month.

This report will provide statistics and facts, including the execution of at least 19 citizens. Executions were mostly carried out in secret, with 13 executed on drug charges.

In May 2021 Monthly Report, we look at those in more detail.

Iran has the highest number of executions per capita in the world.

One of the most important cases last month was the execution of Behzad Adl in Adelabad Prison in Shiraz.

One of the most important violations of the right to life in the past month is the execution of a man on rape charges in Adelabad Prison.

25-year-old Behzad Adl was executed on May 15, in Shiraz, south central Iran on rape charges that he denied in court. He was denied access to legal counsel. He said he confessed to the charges under severe torture.

In another development, Mehran Naroui from Iran’s Baluchi ethnic minority, was executed on May 17, in Dastgerd Prison of Isfahan. He had been subjected to torture and other ill-treatment to extract “confessions” used to convict and sentence him to death in unfair trials.

His execution was carried out despite social media users calling the authorities to halt the execution.

According to Amnesty International, Naroui had been subjected to serious human rights violations including enforced disappearance and torture and other ill-treatment to extract “confessions” used to convict and sentence them to death in unfair trials.

Executions carried out in May 2021 in Iran

At least 540 people were arrested for various charges, including peaceful activities, or for believing in a religion other than Islam. Among those arrested are more than 13 civil and labor activists. At least 331 people have also been arrested for social crimes. Other arrests relate to ethnic and religious minorities.

An internet freedom activist tweeted on May 19 that confidential letters were leaked from Iran, revealing orders by the deputy head of Tehran’s Justice Department to filter Instagram, Google Play, and VPNs.

“According to a very classified letter I received, Tehran’s Judiciary has ordered relevant organizations to filter Instagram, Google Play, VPNs and anti-filtering tools. They have one week from May 15 to execute the orders. More info soon,” the activist tweeted.

The letters were also confirmed by the state-run Mehr News website. Iran’s Chief Justice, Ebrahim Raisi, is a presidential candidate in the upcoming June 18 elections and is a favorite of the regime’s Supreme Leader, Ali Khamenei.

The May 15 letter asks managers of major telecommunication and cellular companies to carry out as quickly as possible “orders issued to filter cyberspace, including Instagram, Google Play, Virtual Private Networks (VPNs) and internet circumvention tools.”

The letter has tasked the Islamic Revolutionary Guard Corps (IRGC) with “guaranteeing the execution of the order”.  IRGC Commander in Chief Hossein Salami as well as other IRGC officials have been asked to “follow up the implementation” of the order and deal with telecom companies that do not carry out the orders in one week.

In the letter, the Judiciary threated companies that refuse to comply with the order with closure adding that company managers would be prosecuted.

The judiciary has ordered Internet Service Providers to filter Instagram in such a way that all access through any anti-filtering tools including VPNs would not be possible. Most Iranians use anti-filtering tools to access political news or many of the websites already filtered by the regime.

Increasing pressure and detentions and summonses of Baha’i citizens continued in Iran last month. In May 2021 Monthly Report, Iran human rights monitor briefly glances the situation of religious minority groups in Iran over the past month.

Iran Human Rights Monitor will present a report on the repression of ethnic minorities in a separate report. May 2021 Monthly Report, briefly mentions some cases.

At least 16 people were killed by the police without arrest or trial, while 15 were injured. The security forces have a long history of this and there are daily reports of border porters being killed or injured.

Iran Human Rights Monitor will publish these arbitrary killings in detail in a separate report.

Two Iranian men who were detained for drinking alcohol were shot by the police near Tehran after being transferred to a police station in chains. The men were identified as 38-year-old Ghobad Rezaie Farzad and 32-year-old Behnam Karimi. The two men were detained for drinking alcohol on May 20 and were taken to the Valad Abad Police Station in Alborz Province near Tehran. Ghobad Rezaie was shot above his knee four times while Karimi was shot twice above his right knee after a scuffle broke out. The two men were taken to a hospital in Karaj with cuffed, wounded legs. They were both shot at very close range.