Iran: 14 executions including two in public 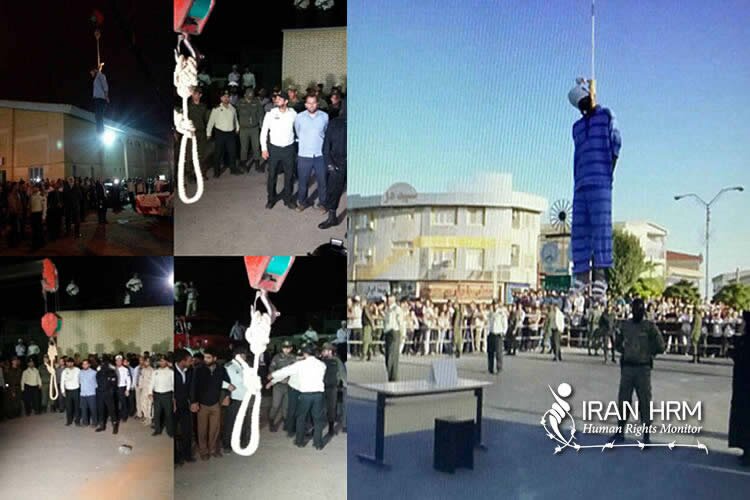 On Monday morning, a man convicted of killing a girl identified as Atena Aslani in Pars Abad was hanged. His execution was carried out in the city’s Bakeri Square.
The Ardabil Public and Revolutionary Prosecutor, Pars Abad Prosecutor, judiciary and security officials and a number of other officials were present at the execution ceremon. The lashing sentence for the man was carried out yesterday, Government News Agency.
The governor of Golestan Province said the man responsible for the death of a security agent was hanged today in the town of Agh Ghola in this province.
“The retribution sentence for this man was carried out after it was confirmed by the Supreme Court”, Hadi Hashemian said. According to the state-run Tasnim news agency report on September 20, 2017.
Four inmates were also hanged today, in Gohardasht Prison of Karaj, west of Tehran. One of the victims is identified as Saman Mohammadian. Iranian authorities did not elaborate or identify the other three.
In another development two prisoners were hanged, on drug related charges in Choubindar Prison of Qazvin, northwest of Tehran. They were identified as 53-year-old Tayeb Hajizadeh and Mojtaba Rahmati. They had been on death row respectively since five and three years ago.
The state-run ISNA news agency cited Chief Justice of Kerman Province as saying that five people were executed during the past few days in the southern province.
According to the state-run Rokna news agency the same day, another man convicted of murder was hanged in Karaj Penitentiary.

Iran: Three executions in the cities of Qazvin and Mashhad