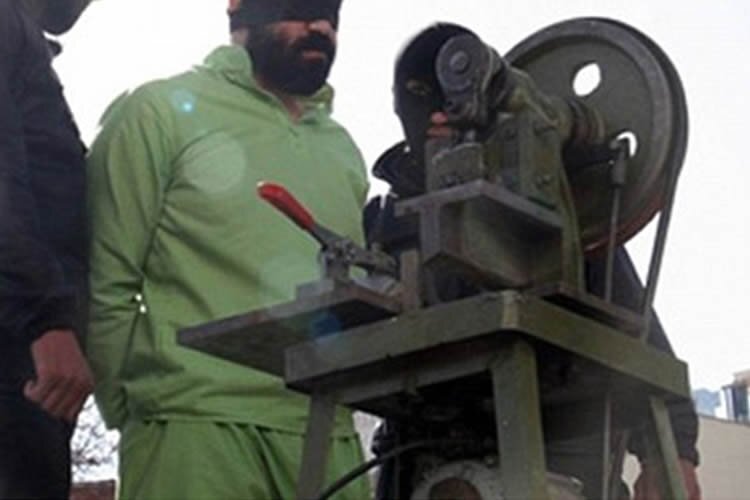 Amnesty International reacted with outrage on Thursday to Iranian authorities amputating a man’s hand in shocking act of cruelty.

AI has described the amputation as a “shocking act of cruelty” and said:

“Meting out such unspeakably cruel punishments is not justice and serves to highlight the Iranian authorities’ complete disregard for human dignity. There is no place for such brutality in a robust criminal justice system.”

“Amputation is torture plain and simple, and administering torture is a crime under international law. As a party to the International Covenant on Civil and Political Rights, Iran is legally obliged to forbid torture in all circumstances and without exception.” said Magdalena Mughrabi, Deputy Middle East and North Africa Director at Amnesty International.

“Amputation is torture plain and simple, and administering torture is a crime under international law. As a party to the International Covenant on Civil and Political Rights, Iran is legally obliged to forbid torture in all circumstances and without exception. Those responsible for ordering and executing such practices should know that they are liable to criminal prosecution under international law.”

The Iranian authorities have consistently defended amputation as the best way to deter theft, expressing regret that it cannot be practiced in public and on a widespread basis without international condemnation. In a shocking statement before the UN Human Rights Council in October 2010, Mohammad Javad Larijani, the head of Iran’s Human Rights Council, denied that such punishments amount to torture, claiming they are “culturally and religiously justified”.

In reality, however, a domestic movement to abolish such cruel, inhuman and degrading punishments has long been underway in Iran and many Iranians, including several human rights defenders, clerics and religious scholars, have expressed their opposition and faced persecution in reprisal.

“It is appalling that the Iranian authorities continue to impose and carry out amputation sentences, and justify this legalized brutality in the name of religion, culture and crime prevention.  The Iranian authorities must urgently abolish all forms of corporal punishment and move towards a criminal justice system that is focused on rehabilitation and treats prisoners humanely,” said Mughrabi.

In 2017 alone, dozens of amputation sentences were imposed and subsequently upheld by the Supreme Court. In one case, in April 2017, judicial authorities in Shiraz, Fars province, amputated the hand of Hamid Moinee for robbery before executing him 10 days later for murder.

Before carrying out the amputation sentences, the authorities often arbitrarily imprison those convicted, even though no prison sentences are issued against them.