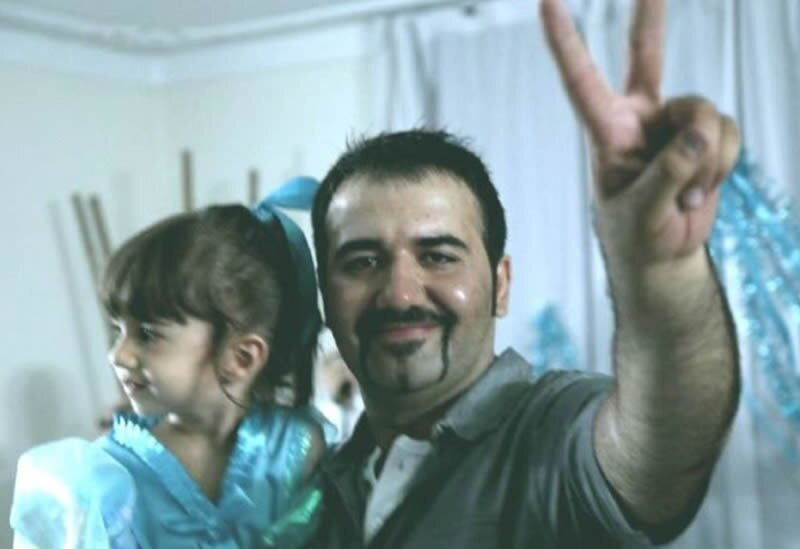 Political prisoner Soheil Arabi sent out a recording of his voice reading out his defense and detailing torture in Evin Prison for court.

The political prisoner said in part:

“Evin Prison authorities have prevented me from going to court. Article 7 of the Constitutional Laws of Freedom and Citizen’s Rights has banned covering the eyes, humiliation, covering the face, sitting behind the suspect during interrogations and transfer to unknown locations, but all these tortures were implemented on me. I was transferred to 2A Detention Center, an unknown location which lacked CCTV, was blindfolded, handcuffed and even shackled on my feet, had the interrogators sitting behind me during the interrogations, was severely beaten and hit numerously in the back of the head, was verbally abused and humiliated, and my face was covered during transfers, which are all examples of the violation of my civil rights… Interrogators of the Revolutionary Guards Corps of the Sarallah Base forced me, under torture, to take responsibility for an article that I had not even written. They hanged me from my feet for three minutes to give up the names of the other admins of the website. When they realized that I wouldn’t sell out, they said they would do something so that I would stay in prison for the rest of my life.”

Soheil Arabi, a father of a young daughter, was arrested by Revolutionary Guards (IRGC) in 2013, for publishing photos of the 2009 uprising, cartoons of Iran’s Supreme Leader Ali Khamenei, and articles about the Iranian Regime. He was tortured in the prison’s solitary confinement ward.

In 2014, he was sentenced to death by a court in Tehran on charges of insulting the sanctifies and the Muslim’s prophet via Facebook. Then, after an international outcry, Iran’s Supreme Court commuted his sentence to 7.5 years in prison and an additional three years in prison and 30 lashes for insulting regime leaders.

However, the mullahs’ inquisition court is also forcing him to do two years of religious investigation, which includes reading the mullahs’ absurd ‘religious’ writings and write a summary of it.