Iran: Hundreds were arrested during the country’s fire festival 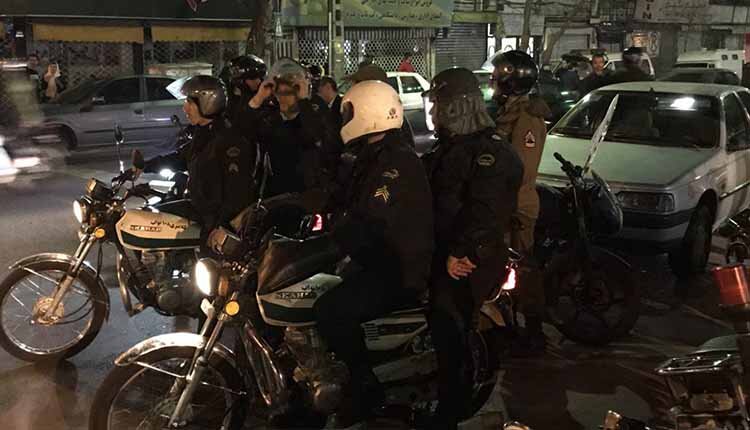 The Iranian regime resorted to crack down on people celebrating the country’ fire festival which is annually celebrated on the eve of the last Tuesday of Persian calendar year.

The State Security forces were on full alert and oppressive measures taken by the regime, including widespread arrests.

According to the Security Force officials hundreds were arrested in different cities.

Hossein had previously threatened those who seek to cause disturbance and insecurity will be arrested and held until the end of the new year holidays. (State-run media, March 9)

Sayyad Darvishi, the deputy commander of the Security Force of Qom, said some 90 people were arrested during the incidents on Tuesday and 35 vehicles were seized. “considering the crimes they committed, they will be held until the end of Nowruz holidays,” Sayyad Darvishi said. (The state-run ISNA news agency, March 14)

Regarding the incidents of the ‘fire festival’ Judge Hassan Heydari announced that 90 people were arrested from which two were taken to prison and the rest of them were released on bail. (The state-run IRNA news agency, March 14)

Semnan’s security force commander Rouholamin Ghasemi announced that 53 people were arrested during the country’s fire festival and Judiciary will issue verdicts against them for “disturbing public order.” (The state-run Mehr news agency, March 14)

Some 76 people were arrested during the incidents on Tuesday in Kermanshah, west of the country. According to the city’s officials the security forces will harshly deal with the detainees. (The state-run Tasnim news agency, March 14)

Tehran’s Head of Combating Narcotic police announced that 30 individuals were arrested in this city during “Fire Festival” on March 13. (The state-run Rokna news agency, March 13)

Naser Aslani, the State security force commander of West Azarbayjan Province announced that Some 14 people who disturbed public order and security were arrested in this city. (The state-run Tabnak news agency, March 13)

Threats and measures by the mullahs’ regime, began from late February. According to Ali Khamenei, all repressive organs, including the Revolutionary Guard Corps, the Basij, intelligence and police forces, and plainclothes agents, had been on full alert since a few days ago.

The National Council of Resistance of Iran (NCRI) released a statement today, stating that 889 people were arrested in only 22 cities of the country.

“According to the statements or interviews of police chiefs, 436 people in Tehran, 90 in Qom, 90 in Mashhad, 50 in Semnan, 40 in Arak, 38 in Robat Karim, 22 in Gachsaran, 18 in Langerud, 17 in Borujerd, 14 in Birjand, 14 in Orumieh, were arrested. These figures do not include the number of detainees in other cities, as well as the arrests by other suppressive organs such as the Ministry of Intelligence, the Revolutionary Guards, IRGC Intelligence, Basijis, and plainclothes agents,” the statement reads in part.