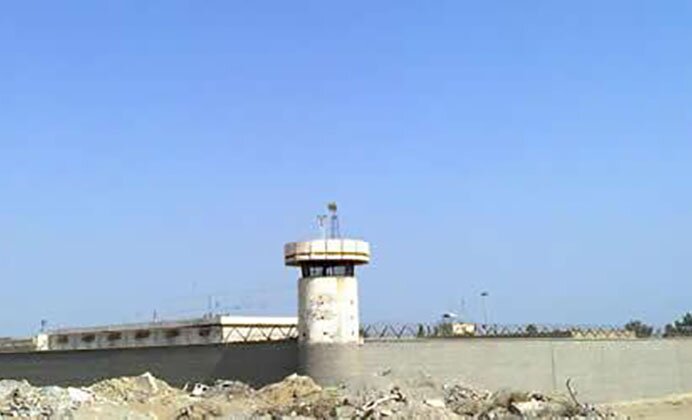 Political prisoner Sajjad Baluch, held in the Central Zahedan Prison, has been denied medical attention despite his critical condition and severe back pain. Other reports indicate that political prisoner Rashed Baluch who is also detained in this prison, was severely beaten and tortured after being summoned by agents.
Sajjad Baluch is a death row political prisoner who is detained in Section 1 in the Central Zahedan Prison. He was born in Pakistan and was arrested in 2015 at the age of 17 by Revolutionary Guards Corps in Pakistan and is still in prison after two years…

After several interrogation sessions by Judge Shah Mohammadi, he was finally sentenced to death in the 2nd Branch the Zahedan Revolutionary Court on charges of “acting against national security through cooperation with opposition groups”.
Sajjad Baluch has appealed the ruling, after which the case was sent to Tehran. He has yet to receive a response.

Prior to this, Mr. Baluch and two other political prisoners, Abu Bakr Rostami and the Bandeh Chakerzehi, who were arrested with him in Pakistan and were sentenced to death, wrote an open letter saying that they were innocent. They said that the IRGC and the Intelligence Agency had physically and mentally tortured them adding that the charges against them were bogus.

According to reports, Abu Bakr Rostami, who is a sophomore at the Zabol Medical Sciences University, wrote in the letter that he had gone to Pakistan to continue his education.

“Due to border limitations, I was forced to travel via a foreign country to get to Pakistan but I was arrested midway and was handed over to the IRGC”, he wrote in the letter.

Other reports from Zahedan Prison indicate that 20-year-old political prisoner Rashed Baluch, who was arrested around two months ago in Sarbaz for “acting against national security” has been deprived of family visits.

During this week, Mr. Baluch was summoned by border guards after news of his transfer to Zahedan Prison was published, and was severely beaten. After beating him, the agents put documents in front of him and forced him to sign the documents with his fingerprint. He was then returned to his section in prison.
Earlier, a person close to him had reported that his condition and that of political prisoner Eshagh Eskani was improving but that “they still had trouble walking”.

“They were severely beaten upon arrest and were physically and mentally tortured. They were tied to the “miracle bed” and lashed during interrogations”, he source added.

The miracle bed is the name of a form of torture where the prisoner is tied to a bed and lashed until he loses his will to resist.