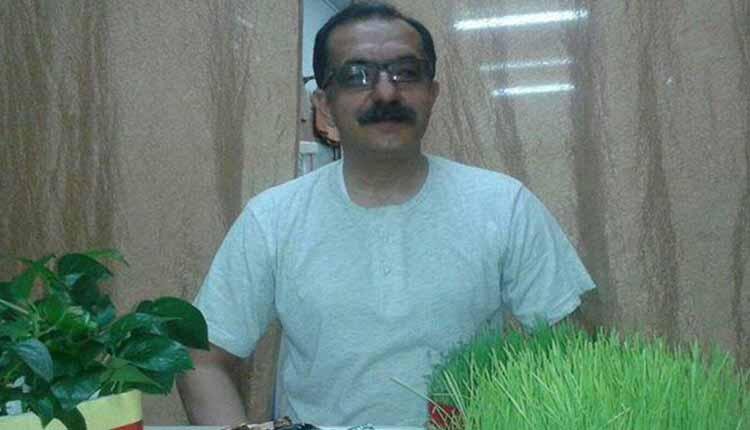 Mohammad Ali Mansouri (Pirouz), political prisoner at Rajaie Shahr Prison who is currently serving his 11th year, is sentenced to an additional five years in a new case, charged with “gathering and collusion against the establishment.”

The Center for Human Rights in Iran (CHRI) on May 15, 2018 cited a source close to the Mansouri family as saying; “They prosecuted him for going on a hunger strike, writing statements against capital punishment and even penning an open letter on the occasion of the new year and things of that sort, and although Mr. Mansouri repeatedly denied the charges, the judge gave him the maximum penalty, which is five years.”

Judge Mohammad Moghiseh of Branch 28 of the Revolutionary Court prosecuted Mansouri, 50, on May 14 without access to a lawyer, the source said.

Pirouz Mansouri was arrested in 2007 for being in contact with the People’s Mojahedin Organization of Iran (PMOI).  He was sentenced to 15 years behind bars on charge of “waging war against God.”

Mansouri went on a hunger strike along with more than a dozen political prisoners at Rajaie Shahr Prison in August 2017, protesting the inhuman conditions they have been forced to endure at a maximum security ward.

More than a dozen political prisoners, including prisoners of conscience, went on hunger strike in protest at the cruel, inhuman and degrading conditions they were forced to endure at a maximum-security prison in Karaj.

The political prisoners had been abruptly transferred to a security-enhanced ward where condition was described as suffocating. During the transfer to Section 10, prisoners said they were beaten by guards and were also prevented from taking their prescribed medication and personal belongings, including clothes, books and letters with them. hunger striking prisoners made a series of demands which was neglected by the authorities who put the prisoners’ physical and mental well being at serious risk.

(Mohammad Ali Mansouri has been under one-month interrogation last year to appear in a televised confession.)