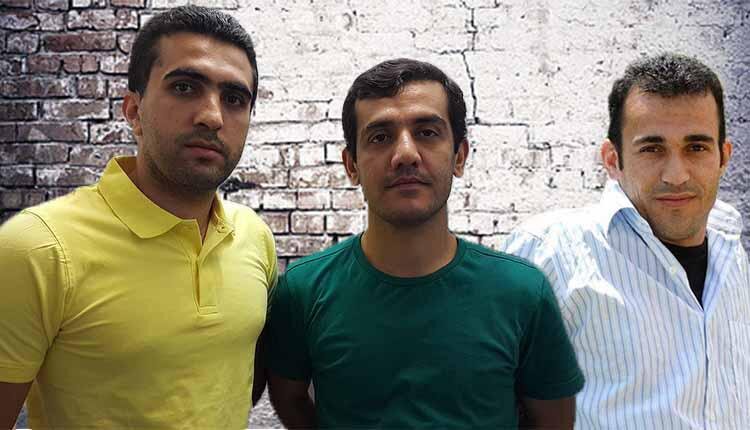 Ramin Hossein Panahi, 24, Loghman Moradi, 32, and Zaniar Moradi, 30, were on a dry hunger strike and executed in Gohardasht Prison of Karaj, west of Tehran.

The heinous executions  stirred a wave of global condemnations against the Iranian regime.

Amnesty called upon the international community to strongly condemn executions of three Iranian Kurds, Ramin Hossein Panahi, Zaniar Moradi, and Loghman Moradi.
“We call on the international community to strongly condemn these executions and urge the Iranian authorities to respect their obligations under international law. The Iranian authorities must take steps to ensure that everyone has a fair trial, that torture and other ill-treatment are absolutely prohibited, and that the practice of forced ‘confessions’ is stopped once and for all,” Amnesty International said.

Ahmed Shaheed, former U.N. Special Rapporteur on human rights in Iran, also voiced his condemnation in this regard.

“Condemn the politically motivated executions that took place in Iran today. The regime in Iran must be held accountable for its arbitrary executions! @AgnesCallamard @JavaidRehman.”

Ramin Hossein Panahi, who was sentenced to death on 16 January this year, sewed his lips together and started a hunger strike on 26 August in protest at his death sentence and ill-treatment.
Zaniar and Loghman Moradi had been sentenced to death by public hanging based on forced confessions extracted under torture by the Iranian regime in December 2010.
They were moved from the general ward of Raja’i Shahr prison in the city of Karaj, north-west of Tehran, to solitary confinement cells in the same prison on 5 September.Amnesty International previously issued a statement, calling on Iranian authorities to immediately halt the planned executions of the Iranian ethnic minority Kurds.
“We urge the Iranian authorities to immediately halt any plans to execute these men, to quash their convictions and sentences, and to order a new trial in proceedings that are in line with international fair trial standards. They must also investigate their torture claims and bring anyone found responsible to justice,” Amnesty International said.
Two independent United Nations human rights experts, called on the Iranian Government to halt the execution of three prisoners from the Kurdish community.
“We urge the Government of Iran to immediately halt their executions and to annul the death sentences against them in compliance with its international obligations,” said Agnes Callamard and Javaid Rehman, Special Rapporteurs on arbitrary executions and on the human rights situation in the country, respectively.

The Iranian opposition National Council of Resistance of Iran (NCRI) issued a statement on September 7th calling on the United Nations Secretary-General, Security Council and High Commissioner for Human Rights demanding urgent action to prevent the execution of these three Kurdish political prisoners.

Suicide Tsunami in Iran, Beyond Disaster