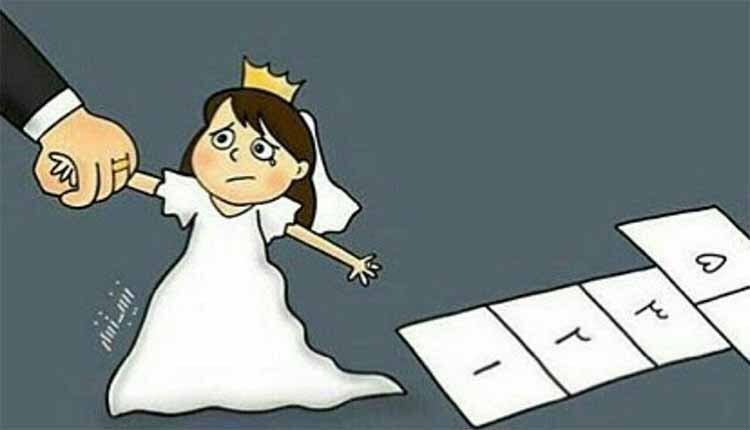 Iran’s parliament rejected a motion to raise the legal age of marriage, the state-run Tasnim news agency reported on Sunday.

Allahyar Malekshahi, Chairman of the parliamentary Judicial and Legal Committee, said on Sunday that the bill suggested girls aged under 13 should be banned from getting married. For girls aged between 13 and 16 the bill required parental consent and court permission.

The bill was put for vote, but the majority of the parliament members opposed the proposal, Malekshahi explained, adding that the Judicial and Legal Committee is tasked with making amendments to the bill.

According to the Vice Chairman of the Judicial and Legal Committee, Yahya Kamalipour, the motion was rejected after religious authorities and sources of emulation vehemently opposed it.

Tayyebeh Siavoshi, a member of the women’s faction at the mullahs’ parliament said: “The Legal and Judicial Commission of Majles has rejected a parliamentary motion that proposed a ban on allowing under thirteen-year-old girls to marry.”
“We are waiting for the Commission’s official report, and then, decide on our next step,” Siavoshi went on to add.

The bill has become controversial and different groups including law makers as well as social activists, psychologist, lawyers and medical experts have voiced their opinions about it over the past few months.

Parvaneh Salahshouri, a member of the parliament, noted on December 11, 2018, the strong opposition of some of her fellow parliamentarians to the bill to ban the marriage of girls under the age of 13, and said: “It appears that a certain authority has asked these lawmakers to oppose the child spouse bill.”

Salahshouri did not say which specific authority was putting pressure on lawmakers to oppose the bill but said it was making the process “very difficult.” She said current opponents of the bill in the legislature include those who were initially supporting it.

Earlier on December 4, a prominent member of the Islamic Republic’s Cultural and Social Council for Women had defended child marriage, arguing it protects girls from a life of prostitution and illegal abortions.

Fereshteh Rouhafza had told the state-run Iran Labor News Agency (ILNA) on December 4, that in light of the rapidly growing number of increasingly young girls undergoing illegal abortions and joining the sex trade, “opposition to child marriage is wrong.”

In an interview with the state-run Fars News Agency, on November 26, 2018, Allahyar Malekshahi said: “Raising the legal age of marriage is contrary to the general policy of the system.”

In an attempt to minimize the issue of child marriages, Malekshahi pointed out, “A few parliamentarians, whom are mostly female representatives, are seeking to increase the legal age of marriage.” He added, “The marriage rates in an early age are not significant.”

Yahya Kamalipour also showed his disregard for raising the legal age of marriage and said, “The issue of child marriage is not an issue of importance in the country, and the number of people covered by this law is not big enough to require us to reform the law in the country.”

Girl-child marriage, which is one of the examples of violence against women, has been institutionalized by the Iranian regime by setting the legal age of marriage at 13. According to the regime’s officials and experts, some 180,000 girls under 18 get married in Iran every year.

Senior Iranian cleric who was responsible for 2,000 executions dies