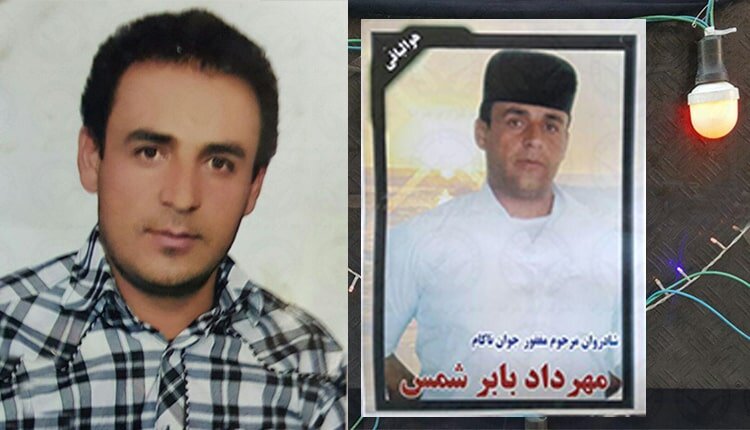 Death-row prisoner Mehrdad Baber Shamsi was found dead in his solitary cell in the Prison of Birjand, capital of South Khorasan Province in eastern Iran, only hours before his execution. His death happened on Tuesday, June 18, under suspicious circumstances.

Officials of the Prison of Birjand did not provide any explanation. The Baber Shamsi family including Mehrdad’s mother who had gone to have a last visit with their son before being hanged, received his lifeless body.

According to the Baber Shamsi family, Mehrdad’s body bore numerous scars of wound. His face, hands, legs and belly were bruised and swollen. The family’s request for autopsy has been turned down, with officials insisting that he should be buried as soon as possible.

The family of Mehrdad Baber Shamsi say his trial was unfair. Branches 48 and 49 of the Supreme Court had earlier revoked his death sentence and there was a chance that he could be exonerated.

Mehrdad Baber Shamsi had been arrested on drug related charges, six months after the discovery of the drugs and based on confessions made by another inmate. Mehrdad had claimed innocence and thought he would have a second chance to appeal his case.

This is not the first time a prisoner is killed under suspicious circumstances in prison. Just a few days ago, political prisoner Alireza Shir-Mohammad-Ali, 21, was stabbed to death by two inmates in the notorious Greater Tehran’s Penitentiary on Monday, June 10, 2019.

He had been arrested and detained in July 2018. He had been sentenced to 8 years in prison for insulting Khomeini and Khamenei, the mullahs’ leaders, and for anti-regime propaganda.