One Month Into His Arrest, Rights Activist Remains in Limbo 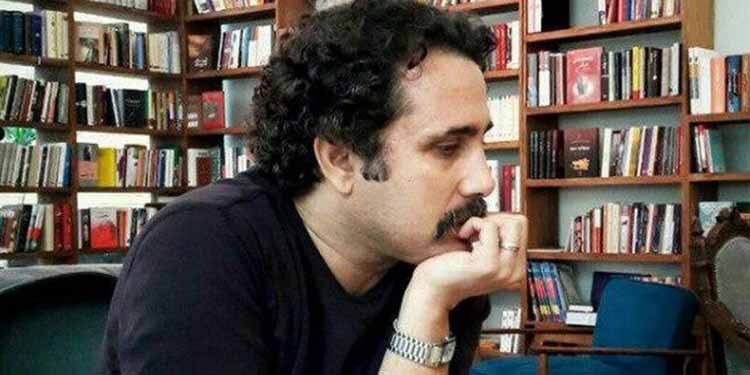 One month after the arrest of a teachers’ rights activist, Iranian authorities have extended a temporary detention order against him.

A member of the teachers association of Tehran, Jafar Ebrahimi was arrested on December 26 while attending a ceremony for the victims of the November protests.

He has been held in a solitary confinement in ward 8 of Rajaei Shahr Prison which is controled by the IRGC.

Speaking with the state-run ILNA news agency on January 19, his lawyer Hossein Taj said, “a temporary detention order against his was extended.”

On the latest state of his client, the defense attorney said: “He suffers from acute gastrointestinal illness and takes particular medicines.”

The state security forces on January 21 raided his home, searched there and confiscated his wife’s mobile phone.

Families of victims, activists and protesters had declared December 26, which coincided with the 40th day of the killing of Pouya Bakhtiari, a young protester shot in the head on November 16 and many others killed across the country, as a day to commemorate the victims of the November protests across Iran.

Jafar Ebrahimi was arrested that day, while visiting Beheshe Sakineh Cemetery in the city of Karaj, west of the capital, in remembrance of protesters killed in November.

ILNA reported on January 5 that the judge has denied bail to secure his release.

Along with Mr. Ebrahimi, several others were arrested, including some family members of fallen protesters who were attending the commemoration. Some reports suggesting that at least 30 people were arrested in the cemetery on the same day, but there are no accurate reports about the names and numbers of detainees.

No information is available on the charges against Jafar Ebrahimi at this time.
It is noteworthy that on January 5, Teachers’ Association of Tehran issued a statement, protesting the arrest of Jafar Ebrahimi and demanding his release.