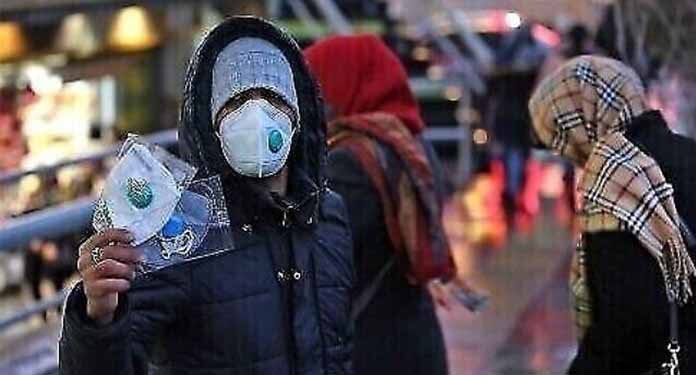 Official reports from the outbreak of COVID-19 in Iran confirm that it has so far taken the lives of eight people and infected hundreds more.

A health ministry spokesperson Kiyanoush Jahanpour said on Sunday that 15 new cases of infection with the virus have been confirmed, seven of them were in Qom, four in Tehran, two in Gilan, one in Markazi, and one in Mazandaran provinces, The state-run IRNA news agency reported.

Iranian authorities ordered the closure of schools, universities and other educational centers in 14 provinces across the country from Sunday, according to state television.

Local reports indicate that the number of deaths is higher than the figure announced by the regime.

Most of those affected by the COVID-19 in Iran are residents of Qom or had visited Qom in recent days and weeks. People in Qom are saying that routine travel to China, including unrestricted travel by Chinese clerics and theology students hired by the regime, is a primary cause of the spread of the virus.

Flights by the IRGC-owned Mahan Air to China continue. Eqtesad Online has published a document to prove that the flights were ongoing.

Iranian authorities have not designated specific medical centers in cities and provinces for people to refer to in case they were suspected of contracting the virus.

Reports from several hospitals in Iran indicate that patients are held in unsanitary conditions and in under equipped hospitals. The medical staff do not have the necessary equipment to deal with the virus.

A video from inside Kamkar Hospital in the N city of Qom, where 2 deaths due to #COVID19 have been reported, shows the hospital staff with no corona virus protection equipment. pic.twitter.com/9tHJqb3JHf

According to a doctor from Gilan, “Many patients are hospitalized in Razi hospital of Rasht with respiratory problems and symptoms of Coronavirus. But the reality is that they have not been diagnosed with Corona because there are no diagnostic kits in Gilan and the tests must be sent to the Pastor Institute in Tehran.”

Local witnesses Tehran’s Baharlu Hospital staff have also been infected at the hospital.

At Massih Daneshvari hospital in Tehran, the department of patients with tuberculosis has been evacuated to deal with patients of Coronavirus. The hospital has not been quarantined.

The Bou-Ali Hospital has the same situation in Tehran.

There are no isolations at Kamkar Hospital in Qom and no warnings.

At the time of the outbreak of this virus in China, Iran sent three million masks to China. Today, the people of Iran who go to pharmacies to buy masks, they face shortages. The existing masks are sold at very high prices. Medical centers in Iran do not provide any practical and suitable solutions for dealing with the virus.
Instead of taking necessary steps, the regime started a massive campaign of cover–up. The officials vehemently denied cases of COVID-19 in Iran before February 19 even while local reports indicated that many people were infected. When the regime reported the first two cases, reports indicated that they had not even tested anyone for the virus before those cases.

Spokesman for Civil Aviation Organization said on Jan 31,that flights to China continue because there is no reports on #COVID19 outbreak in #Iran. Regime officials denied cases of the virus before Feb 19 even while local reports indicated that many people were infected. pic.twitter.com/0eaXENerHw