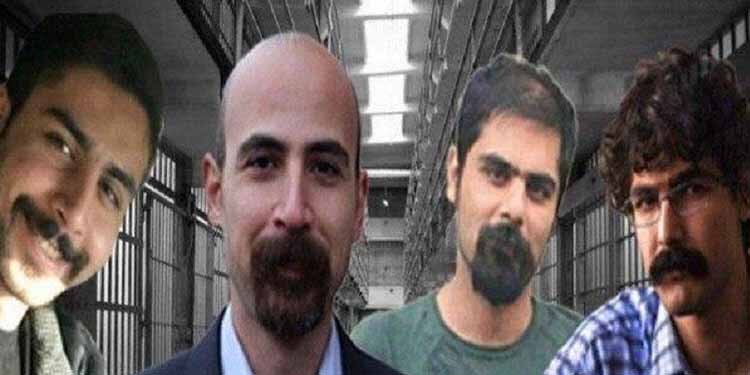 Prison guards at the Great Tehran Penitentiary violently transferred four imprisoned Gonabadi Dervishes to another ward on May 2, endangering their lives amid the coronavirus.
Prison guards have transferred four members of Iran’s Gonabadi Dervish minority, Mohammad Sharifi Moghaddam, Kianoush Abbaszadeh, Abbas Dehghan and Mostafa Abdi to a hall in Ward 5, placing them beside common criminals.
The transfer of the four Gonabadi Dervishes is violating the law regarding the separation of prisoners based on the type of crime.
The prison guard tried to transfer each of the four to a separate ward, but the Dervishes resisted and subsequently the guards were compelled to transfer all four to the Ward 5.
Iranian political prisoners continue to be transferred to and held in prisons and wards with inmates convicted of violent crimes or with substance abuse issues.
Prison authorities in many cases, place political prisoners among criminal inmates, to put further pressure on them. Many of these criminals serve as the the authorities’ to report on political inmates.
According to Iranian law, prisons are required to divide prisoners according to the nature of their convictions.
Article 69 of the State Prisons Organization’s regulations states: “All convicts, upon being admitted to walled prisons or rehabilitation centers, will be separated based on the type and duration of their sentence, prior record, character, morals and behavior, in accordance with decisions made by the Prisoners Classification Council.”
The Great Tehran Penitentiary located southeast of the Iranian capital, was built in 2015 primarily for holding suspects and inmates convicted of drug-related offenses. But the judiciary has used it to detain peaceful activists and dissidents.
The spread of Cocid-19 has aggravated the prison’s poor condition, reports indicate, killing at least several inmates. Food poisoning, contaminated water and any other illness in this facility raises the risk of the inmates being infected with coronavirus.